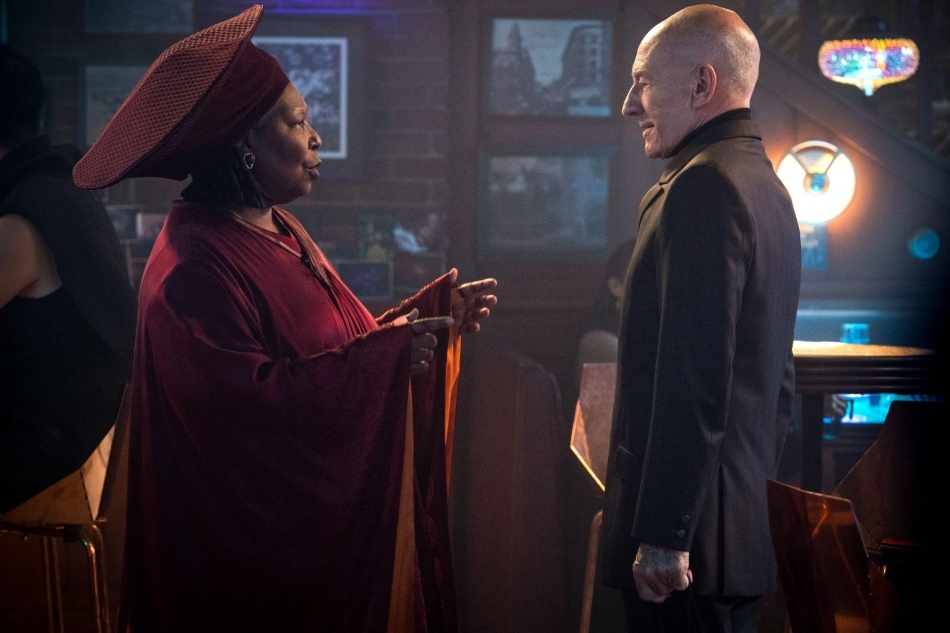 Season two of Star Trek: Picard will see Jean-Luc Picard and his crew embark on a bold new journey… into the past. Picard must enlist friends both old and new to confront the perils of 21st century Earth in a desperate race against time to save the galaxy’s future. Watch the trailer below…

Stablemate Star Trek show Star Trek: Discovery was recently pulled from its berth on Netflix, with maker CBS looking to add it to its own streaming service, Paramount+. In the UK, ST: Discovery found a temporary home on Pluto, prior to the launch of Paramount+.

However, Prime Video remains the home of Star Trek: Picard outside the United States and Canada.

Star Trek: Picard streams exclusively on Paramount+ in the US and in Canada airs on Bell Media’s CTV Sci-Fi Channel, and streams on Crave.

Picard S2  will see Whoopi Goldberg reprise her role as Guinan from Star Trek: The Next Generation…

Season one of Star Trek Picard, currently available on Prime Video,  takes place 20 years after Star Trek Nemesis. Jean-Luc, now retired from Starfleet, is haunted by Data’s sacrificial demise and the subsequent events which led to the destruction of Romulus. But when Picard stumbles onto a covert Romulan plot to rekindle research into synthetics (now banned), after encountering (briefly) Dahj, who transpires to be Data’s daughter, he’s compelled to go boldly once more. Familiar Trek references are updated (“Tea. Earl Grey. Decaf…”), and popular characters Seven (of Nine) and Data return.

ST Picard S2  will see Whoopi Goldberg reprise her role as Guinan from ST: The Next Generation, where she appeared as bartender and confidant to Jean-Luc Picard, aboard the Enterprise. John de Lancie also returns as Q. Fan favourites Jeri Ryan and Brent Spiner once again guest star.

The series is produced by CBS Studios in association with Secret Hideout and Roddenberry Entertainment. Akiva Goldsman and Terry Matalas serve as co-showrunners.

Season three of For All Mankind will make its global debut on Friday, June 10, 2022 on Apple TV+, the streamer has confirmed. The ten-episode third season will debut with the first episode, followed by one new episode weekly, every Friday. The new season of the hit alternate-reality series takes viewers to a new decade, END_OF_DOCUMENT_TOKEN_TO_BE_REPLACED

The eagerly anticipated return of Ewan McGregor as Obi-Wan Kenobi is set for May 25, 2022, Disney+ has confirmed. The limited series from Lucasfilm will debut exclusively on the streaming service, the latest addition to its Star Wars TV roster. Resisting the opportunity to launch the show on May fourth, the series stars Ewan McGregor, END_OF_DOCUMENT_TOKEN_TO_BE_REPLACED

Lego has added three new character designs to its popular Star Wars helmet collection, and we’re loving them. Fans of the franchise can now build and display hero Luke Skywalker’s pilot headgear, show allegiance to The Mandalorian or tap into their dark side with a Dark Trooper helmet.  Presented as both an immersive building experience, END_OF_DOCUMENT_TOKEN_TO_BE_REPLACED