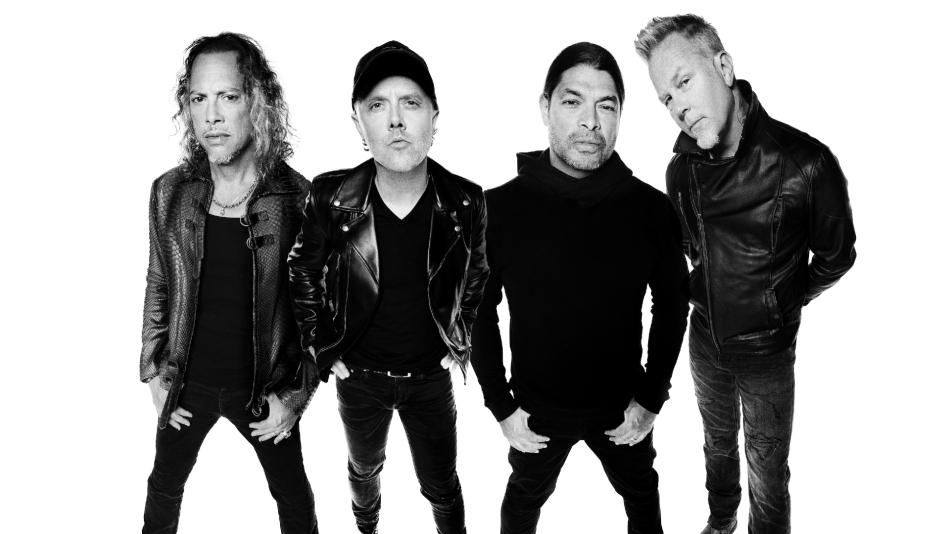 The 30th anniversary of Metallica’s self-titled fifth album (aka The Black Album) will be celebrated this September with a newly remastered edition of the rock classic, and The Metallica Blacklist, in which a cavalcade of artists contribute their versions of favourite Metallica tracks.

Launched in 1991, The Black Album gave Metallica their first number one album in 10 countries, and provided a string of hit singles, including ‘Enter Sandman’, ‘The Unforgiven’, ‘Nothing Else Matters’ and ‘Wherever I May Roam’.

The Grammy-winning record has since become a staple of Best Album lists, and remains unchallenged as the best-selling album in the history of Nielsen Soundscan, outselling every release in every genre over the past 30 years.

The Black Album is being re-released and re-mastered in multiple formats, including vinyl, CD and boxsets…

The Metallica Blacklist celebrates the influence of this musical milestone, with 50+ artists spanning an vast range of genres, generations, cultures, continents and more, each contributing a unique interpretation of their favourite Black Album track, in turn providing a new insight into the universal appeal of the record.

The Metallica Blacklist’s 53 tracks are re-interpreted by country artists, electronic and hip hop artists, punk rockers, indie heroes, and world music performers. Profits will be divided evenly between charities of the artist’s choice and Metallica’s All Within My Hands Foundation.

The release reads: ‘The Metallica Blacklist is a fitting and limitless homage, one that features bands who’ve shared stages with Metallica alongside artists who are younger than the original album. It’s a truly staggering, at times mystifying assemblage of musicians, dozens of whom have little to nothing in common other than the shared passion for the music that’s united them for this album: 1 Album. 12 Songs. 53 Artists. Unlimited Possibilities.’

The Beatles Get Back with Let it Be Special Editions, remastered in hi-res and Dolby Atmos

Beatles fans are in for a treat this autumn, as the classic 1970 album, Let It Be, gets re-released in a trio of Special Edition packages October 15. Coinciding with the launch of Peter Jackson’s The Beatles: Get Back documentary, airing on Disney+, the album has been newly mixed by producer Giles Martin and engineer END_OF_DOCUMENT_TOKEN_TO_BE_REPLACED

Following an extensive $10 million two-year renovation, the iconic Grand Hotel Savoia Cortina d’Ampezzo, at the heart of the Dolomites, has reopened with a slew of musical festivities to tempt travellers. The luxury hotel, located in Cortina d’Ampezzo, kicks off its summer schedule with the DUET Cortina Sunset series, a set of local musical performances END_OF_DOCUMENT_TOKEN_TO_BE_REPLACED