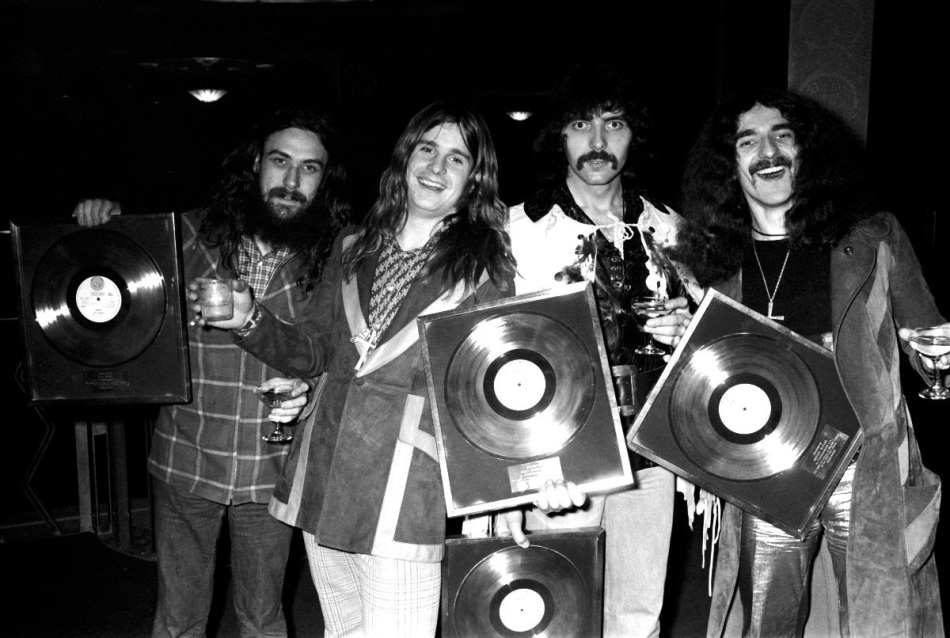 Classic rock album Black Sabbath Vol 4 is getting the Super Deluxe treatment, with a 4-CD and 5-LP special edition featuring a remix of the original release plus twenty previously unreleased studio and live recordings.

Released in 1972, the record was the fourth album from the band during a prolific two year period, and features rock classics ‘Changes’ and ‘Snowblind’.

It was a Top 10 album release in the UK and hit the Top 20 on the Billboard 200 in theUS, before being certified platinum by the RIAA.

The LP set will be pressed on 180-gram vinyl. Both CD and vinyl Super Deluxe Editions come with extensive booklets featuring liner notes with quotes from the era from all four band members, rare photos, and a poster with previously unpublished early artwork of the album using the working title ‘Snowblind’.

The newly remastered version of the original album will also be available on digital download and streaming services on the same day.

Vol 4’s ambitious, complex arrangements marked two major changes for the members of Sabbath. While their previous albums (Black Sabbath, Paranoid, and Master of Reality) were produced by Rodger Bain and recorded in England, the band instead chose to produce Vol 4 themselves and record it at the Record Plant in Los Angeles.

The bonus material begins with six previously unreleased studio outtakes from the original sessions for the album. Each one has been newly mixed by Steven Wilson using the analogue multi-tracks. Highlights include outtakes for Supernaut and Changes, as well an instrumental version of Under The Sun.

The set also features 11 additional studio recordings (also newly mixed by Wilson from the analogue multi-tracks) that spotlight alternative takes, false starts and snippets of studio dialogue. These tracks offer a unique flashback to the original recording sessions. Along with several alternative takes for ‘Wheels Of Confusion’, these recordings also include outtakes for ‘The Straightener’ and ‘Snowblind’.

The collection concludes with a collection of live performances that re-create a typical setlist from Black Sabbath’s tour for Vol 4. Recorded in March 1973 at various stops along the band’s UK tour. The recordings were originally slated for a live album that was ultimately shelved. Although some of these performances have been previously available in various states, the release marks the first time that a full 1973 live Sabbath show has been recreated.

The live audio has been newly mixed by Richard Digby Smith using the original 16-track analogue tapes to achieve a level of fidelity not heard on any previous incarnations. Included are live versions of Vol 4 tracks ‘Tomorrow’s Dream’ and ‘Cornucopia’, as well as ‘Paranoid’ and ‘War Pigs’.

Raymond Weil has launched its fourth maestro series Beatles timepiece, the last in its partnership with the legendary British band brand. Limited to 3,000 pieces, the Let It Be edition features a mechanical self-winding skeleton movement,  revealed by a subtle cut-out shaped like the United Kingdom. It’s housed in a round polished stainless steel case, END_OF_DOCUMENT_TOKEN_TO_BE_REPLACED

The 30th anniversary of Metallica’s self-titled fifth album (aka The Black Album) will be celebrated this September with a newly remastered edition of the rock classic, and The Metallica Blacklist, in which a cavalcade of artists contribute their versions of favourite Metallica tracks. Launched in 1991, The Black Album gave Metallica their first number one END_OF_DOCUMENT_TOKEN_TO_BE_REPLACED

Sheer art attack: Rock icon Freddie Mercury is getting his own graphic novel

The life and times of legendary Queen frontman Freddie Mercury will be told in a lush new graphic novel – and there’s a limited edition with coloured vinyl coming too. Freddie Mercury: Lover of Life, Singer of Songs is described as a journey through Freddie’s life, from his childhood in Zanzibar and India, through his END_OF_DOCUMENT_TOKEN_TO_BE_REPLACED