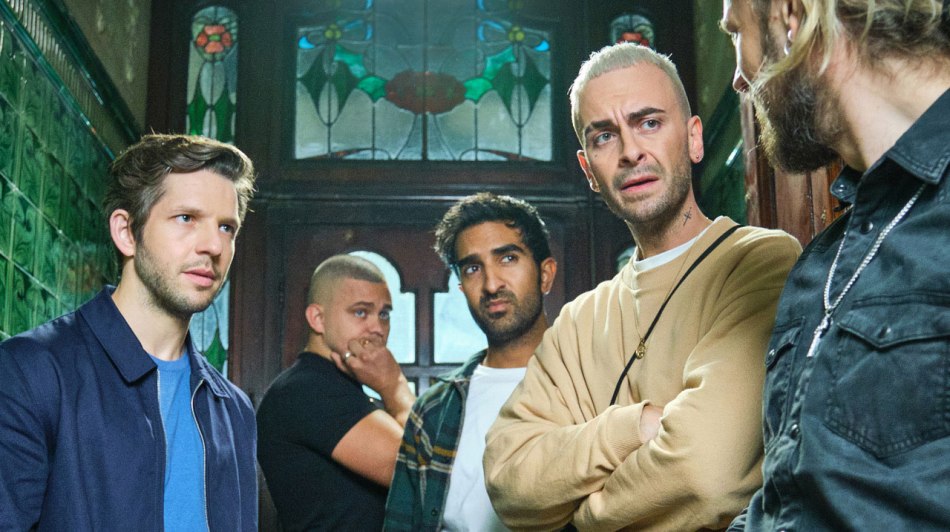 Premium pay TV provider Sky is promising 80 new original shows in drama, comedy and entertainment will air in 2020, plus a 40 per cent increase in US content.

The unveil at Sky’s Up Next showcase event at the Tate Modern is its largest ever slate of programming from the broadcaster.

The original slate represents an increase of 25 per cent year-on-year from 2019.  This is alongside aggregated content from its partnerships with Netflix, BBC, Channel 4 and Channel 5.

“2020 is going to be the best year yet for content on Sky,” says Group CEO, Sky, Jeremy Darroch. “In an increasingly competitive market, we keep pushing to give our customers what they want, all the best TV, all in one place.”

Sky is also committed to more than doubling its investment in original content by 2024 through Sky Studios, as well as the proposed development of Sky Studios Elstree, a state-of-the-art TV and film studio planned for North London.  As part of Sky’s commitment to go net zero carbon by 2030, Sky Studios Elstree promises to be the most sustainable production facility in the world.

New original programming and reorders include:

The Tail of The Curious Mouse, a story about Roald Dahl and Beatrix Potter starring Dawn French (Absolutely Fabulous, The Vicar of Dibley).

Safe Space, a comedy pilot written by and starring Greg Davies as a demotivated small-time psychotherapist.

Redknapps’ Weekend Warm Up, a new entertainment series with father and son duo Harry and Jamie Redknapp teaming up for their first TV project together alongside comedian Tom Davis.

Brassic, the hit comedy drama co-created by Joseph Gilgun and BAFTA-winning writer Danny Brocklehurst is confirmed for a third series ahead of the second airing in May this year, starring Joseph Gilgun, Michelle Keegan and Damien Molony.

Intelligence, the GCHQ comedy created by and starring Nick Mohammed, alongside David Schwimmer, is confirmed for a second instalment ahead of the first series airing next week.

Cobra, the high-stakes political drama, starring Robert Carlyle and Victoria Hamilton returns for a second series after becoming one of Sky One’s most successful drama series in recent years, with a launch audience of 2.2m, as well as being one of Sky’s most rapidly binged boxsets.

You , a new drama written by Ben Chanan (The Missing, Last Kingdom) and based on the novel YOU by Zoran Drvenkar.

This new programming joins Sky original series which are already due to air on Sky in 2020, including The Third Day (Jude Law, Naomie Harris), I Hate Suzie (Billie Piper), Save Me Too (Lennie James, Suranne Jones, Lesley Manville), Breeders (Martin Freeman, Daisy Haggard), and The Trip to Greece (Steve Coogan, Rob Brydon).