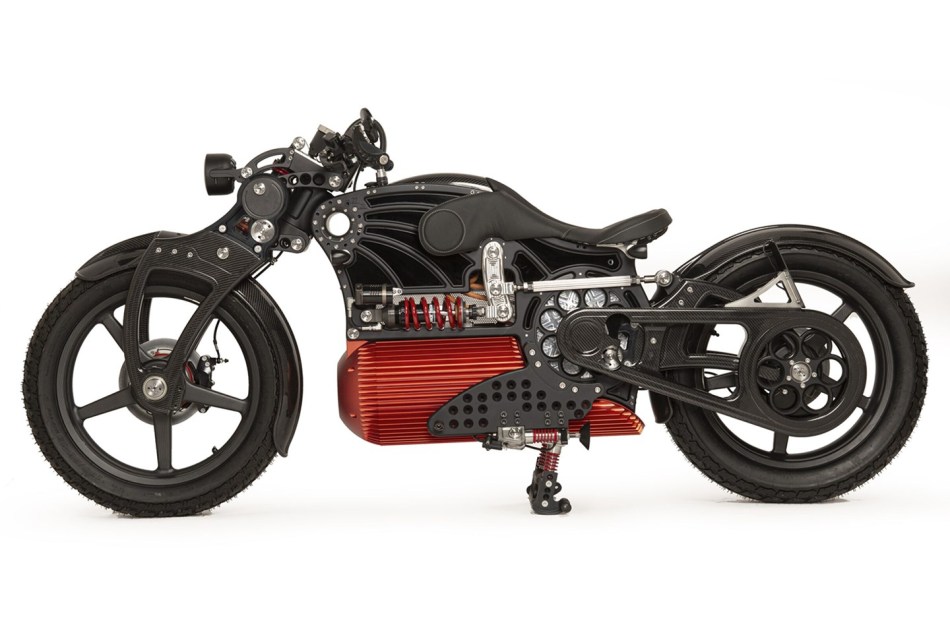 Launched by petrol-driven motorcycle company Curtiss (formerly known as Confederate) back in 2015, its electric bike division is finally open for orders on its first production ride. Called the Curtiss 1, it’s listed at $115,000; deposits for this limited run of 300 machines are $30k – so, what are you getting for your investment?

The 193kg completed ride will give you power output equivalent to around 108bhp with 147.5lb.ft of torque. Teasing a future software update, Curtiss says it can get that up to 214bhp, which is more than most superbikes.

This power does come at a price: the range is just 120 miles in the city and 70 miles on the open road, then a two hour charge for 80 per cent, or wait another 40 minutes for a full tank.

Have a look and tempt yourself on the Curtiss website where you can pay your deposit and begin configuring your bespoke ride, before building starts in Q4 2022.

Salon Privé London got off to a spectacular start this week, with record breaking ticket sales and a host of new car launches, previews and unveils.  The three day event parked up at the Royal Hospital Chelsea for the first time, and made itself right at home. TLR went along on the opening day, and END_OF_DOCUMENT_TOKEN_TO_BE_REPLACED

Suzuki has unveiled a new, sharper Katana road bike for 2022, with more power, updated electronics and fresh livery. Based on the improved Suzuki GSX-S1000 platform, the new Euro 5 compliant Katana produces 152PS at 11,000rpm boasting a broader spread of torque across the rev range than its predecessor. It uses the same lightweight, twin-spar END_OF_DOCUMENT_TOKEN_TO_BE_REPLACED