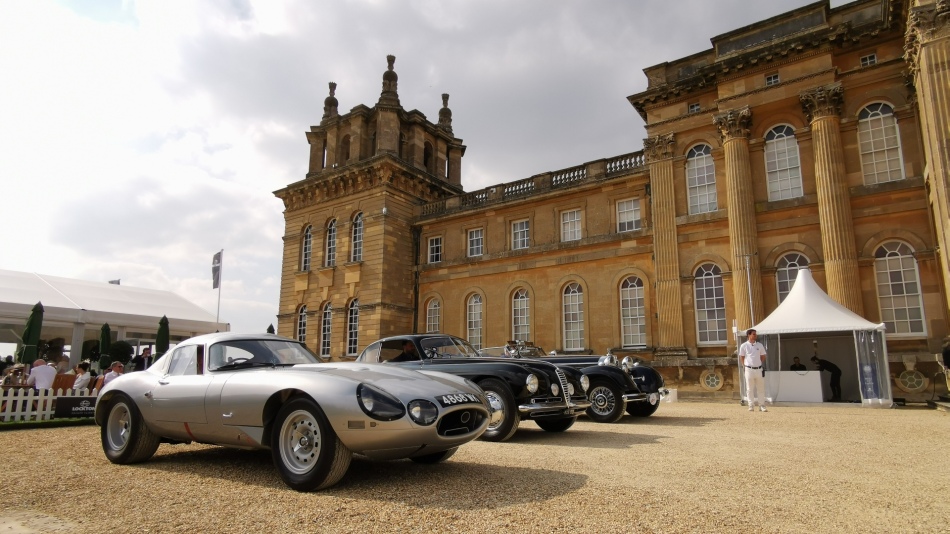 There were no shortage of dazzling debuts and timeless classics at Salon Privé Week 2021. Britain’s favourite supercar show was back on glorious form for 2021. Team TLR were there for Ladies’ Day, and enjoyed a feast of fascinators and fabulous machinery.

EVs were definitely in vogue this year, and highlights were numerous.

Eagerly anticipated, Automobilia Pininfarina offered a rare opportunity to get close and personal with the Battista Anniversario.  Limited to just five cars, the 1873bhp all-electric hypercar is hailed as the most powerful road-legal car ever to come out of Italy. Don’t write that cheque yet though, all models have been sold.

Another all-electric hypercar making its UK debut at the show was the Automobili Estrema Fulminea.  This minimalist sportster uses graphene in its body panels, to keep its weight down to just 555kg, and boasts an innovative hybrid battery pack.

Nearby Everrati, showed its new Porsche Gulf Signature Edition, based upon a fully restored Porsche 911. Sending 500bhp to the rear wheels, this electric iteration has more than double the power output of an original 1990’s Porsche 964, taking the car to 62mph in less than four seconds. Enlightened by carbon fibre body elements, it boasts a driving range of more than 180 miles.

The TLR notebook (or as we like to call it, our wants list) was full of firsts: Italian design house Touring Superleggera presented the Arese RH95, global debut. Its nomenclature reflects 95 years of Touring design.

Hailing from Barcelona, the fully electric Hispano-Suiza Carmen marks a return to car production for the venerable brand.

Limited to 300 units worldwide, Alpine attracted admiring glances with its A110 Legende GT 2021. The French sportster weighs less than 1100kg, and boasts 292bhp.

McLaren Automotive unveiled a trio of supercars at the show: the high-performance hybrid McLaren Artura (the windscreen variant of the open-top Elva) 765LT Spider and the McLaren GT.

Of course, the wow wasn’t exclusively the preserve of the new. Bringing smiles to a lot of faces was a 1932 Ford 3-Window Coupe, winner of the Rolling Bones Hot Rods category. As it was wheeled past us, it growled like a pack of angry dogs.

This particular Pre-War Tourer was originally delivered to Tauentzien-Verlag, a Berlin advertising agency. It features a unique specification that combines the two-seater Cabriolet A coachwork with a longer-wheelbase chassis.

Bringing a splash of crimson to the green, was the Red Collection, a 12-strong display comprising Ferrari 250 GTO, 1932 Alfa Romeo 8C 2300 Monza Spider Zagato, Maserati 250S (which saw not only Juan Manuel Fangio behind the wheel, but Stirling Moss), a Ferrari F40, Ferrari 166 MM and Ferrari 275 GTB Competizione Clienti, Mercedes-Benz 300SL ‘Gullwing’, and two Paganis in the shape of a Huayra Roadster and a Zonda F Clubsport, Filipinetti Porsche 904 Carrera GTS, Amilcar C6, and a McLaren F1.

The show was also a good place to be if you are a Jaguar fan, with an entire class dedicated to the legendary British sports car, part of on-going celebrations for the 60th anniversary of the E-type.

Of course, what sets Salon Privé apart is its wider luxury remit. New this year was the Time pavilion, a showcase for some of the world’s finest watchmakers, including Roger Dubuis, Piaget, Montblanc and Vacheron Constantin.

Naturally there were automotive associations to be found.  IWC Schaffhausen, and Official Engineering Partner of the Mercedes-AMG Petronas Formula One, has issued several dedicated to brand ambassador Sir Lewis Hamilton.

From four wheels to two, top motorcycle honours went to a Moto Guzzi, in the Competition Class, with a 1951 Moto Guzzi Bicilindrica 500cc V Twin.

Winning the Exceptional Motorcycles class was a 1975 MV Agusta 750 Sport. The winning example one of the last three to come out of the Italian factory.

Making their debut at the show were Triumph specialists Thornton Hundred Motorcycles, who presented the ‘World’s Fastest Bobber,’ a stunning 202bhp project, and a 2021 Triumph Bonneville Bobber Black, both were a Salon Privé debut.

Owner Jody Millhouse told The Luxe Review that buyers appreciated the control they offered. “One of our clients, a fitness celebrity, is back for his fourth bike. He really enjoys the process.”

Exhibitor Crazy Horse presented a superb selection of customised Indian Motorcycles, including the KH Street Hooligan; may look like a flat-track racer but it’s also a fully functional street machine.

Also making their Salon Privé debut were The Memento Group, a specialist F1 auction house here offering the curious a unique chance to get close to some classic F1 hardware. “Normally we would be attending all the races on the Formula 1 calendar,” commercial director Philip Danglidis told us, “but that’s rather disrupted this year..”

For those with a predilection for fast corners, the team from Classic Race Simulators offered an opportunity to experience the thrill of the world’s greatest racks…without leaving the lawns of Blenheim.

“All our fabrication is completely bespoke and offer an authentic racing experience,” explained owner Jim Hill. Taking a trip through the gravel traps has never looked so much fun.

For sculptor Tom Hill, Salon Privé offered an opportunity to showcase his spectacular glinting metal sculptures before a new and appreciative audience. “I’ve brought my stags and stallions to the show,” he told The Luxe Review, “as they seemed the most appropriate.”

Standing several metres tall outside his stand was a huge rearing steed. You could see it shining in the sun from every corner of the show, a spectacular addition to any upmarket driveway turnaround, we would imagine.

Node Audio returned to Blenheim to preview its latest high-end loudspeaker, the Hylixa Signature. This new £30,000 speaker flagship was at the show in pre-production form. The new model boasts a raft of refinements and is available in ‘endless’ cabinet paint options.

Show organisers had one final surprise up their sleeve for 2021, announcing a brand-new springtime London Salon Privé event during the event. The all-new Chelsea Edition will debut April 21-23 at the Royal Hospital Chelsea, home of the RHS Chelsea Flower Show. Salon Privé retains its traditional September date at Blenheim Palace. We can’t wait…

High-end Hi-Fi outfit Bowers & Wilkins and luxury supercar maker McLaren Automotive have announced a strategic long-term multi-year partnership that sees Bowers & Wilkins become McLaren’s Official Audio Partner. The pair are no strangers. Bowers & Wilkins has been responsible for the development of the high-performance audio systems found in the marque’s supercars and hypercars END_OF_DOCUMENT_TOKEN_TO_BE_REPLACED

Salon Privé London got off to a spectacular start this week, with record breaking ticket sales and a host of new car launches, previews and unveils.  The three day event parked up at the Royal Hospital Chelsea for the first time, and made itself right at home. TLR went along on the opening day, and END_OF_DOCUMENT_TOKEN_TO_BE_REPLACED