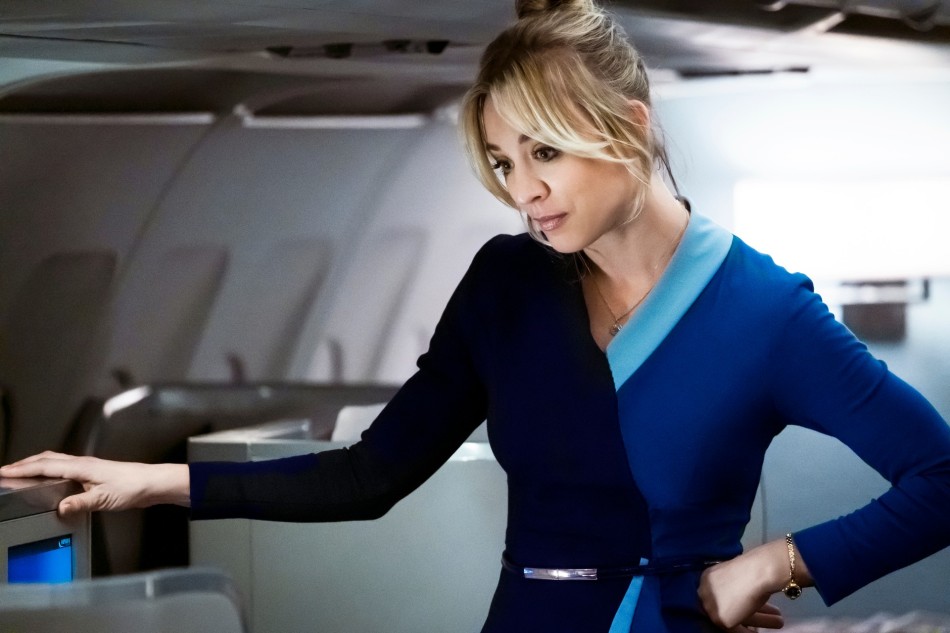 Critically acclaimed comedy drama The Flight Attendant has landed at Sky, and will air from March 19. The eight-episode limited series has already been renewed for a second season, after its US debut in November.

The Flight Attendant is a story of how an entire life can change in one night. A flight attendant (series star and executive producer Kaley Cuoco) wakes up in the wrong hotel, in the wrong bed, with a dead man, and no idea what happened.

This is the kind of show where nobody is who or what they seem. Variety described the show as “a fizzy cocktail of a show that goes down easy.’”

The dramedy is based on the novel of the same name by New York Times bestselling author Chris Bohjalian.

The Flight Attendant joins an impressive slate of Sky Originals on the Sky Q and Now TV platforms.

Susanna Fogel directed and executive produced the first two episodes of the series.

Sky is shaking up its channel portfolio. The premium pay TV operator is putting Sky One out to pasture, and introducing two new channels in its place: Sky Max and Sky Showcase. Described as its new flagship brand, Sky Showcase is a linear only main event channel that will feature a variety of shows from END_OF_DOCUMENT_TOKEN_TO_BE_REPLACED

The 25th Anniversary South Bank Sky Arts awards, held in-person at The Savoy this week, saw a diverse host of artists and projects from across the worlds of arts and culture honoured. As expected, Dua Lipa took the Pop award for her critically acclaimed album, Future Nostalgia, while I May Destroy You won the TV END_OF_DOCUMENT_TOKEN_TO_BE_REPLACED

Liverpool’s most iconic statues are getting a makeover this summer, as a group of artists including Bob and Roberta Smith, Daniel Lismore, Taya Hughes and Stephen Jones give them a whole new look. The reason? They’re part of a unique arts project, which is being documented by Sky Arts: Statues redressed. Liverpool landmarks like Liverpool END_OF_DOCUMENT_TOKEN_TO_BE_REPLACED