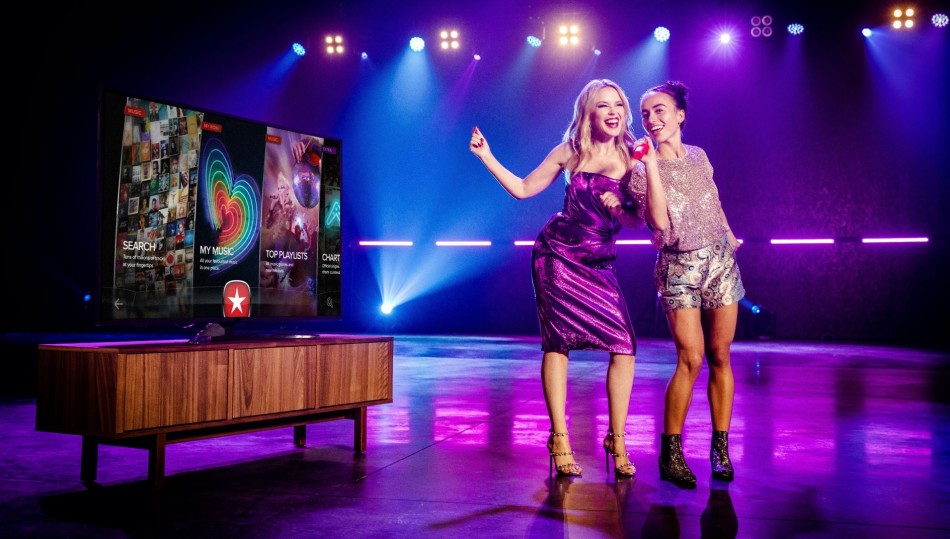 The pop princess will star in a new ROXi TV ad campaign, which rolls out across 100 UK TV channels, later this week. Kylie will also serve as ROXi Curator, sharing playlists on the service.

Kylie Minogue has sold more than 80 million albums worldwide, and has scored 7 number ones in the UK.

The ROXi sing along music service is available on Sky Q for £6.99 per month, or via a standalone ROXi Music System, comprising ROXi console, controller and 1-year Premium Music Pass for £99.95.