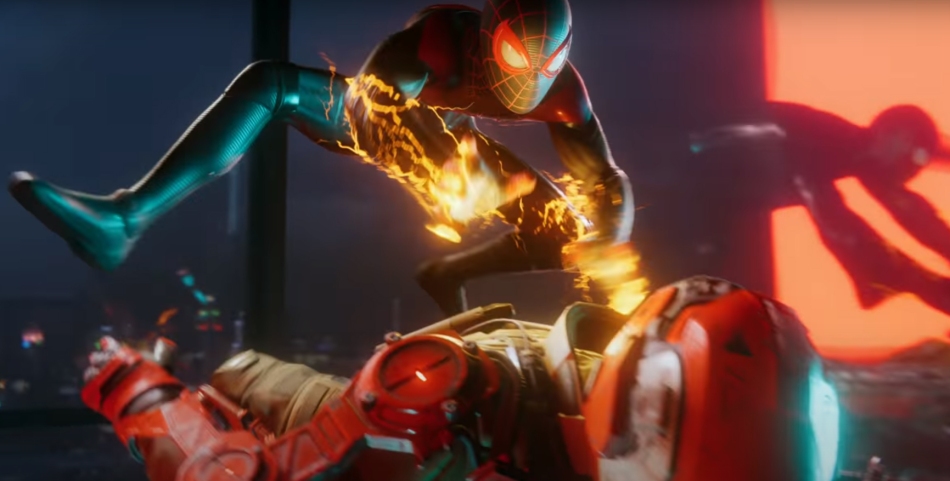 Sony has unveiled the upcoming PlayStation 5 for the first time – and with it, an impressive selection of next-gen games.

In a live-streamed reveal event, the console itself was shown off for the first time: a striking asymmetrical black and white vertical standing box, with funky blue lighting and a curve to one side of the machine housing the disc drive. Sony also unveiled a new PS5 Digital Edition: a slimmer model with no disc drive (or protruding disc bulge).

As well as the console itself, a wealth of new exclusive games were unveiled for the PS5. Here are the seven the most exciting game reveals, from the cute, to the hilarious, via some anthropomorphic strawberries, that we can’t wait to play first…

How do you improve on 2018’s critically acclaimed Spider-Man for the PS4, developed by Insomniac Games? It turns out the answer could be: a next-gen New York and a Miles Morales Spidey. We’re crossing our webs that Spider-Gwen makes an appearance, too. Not much has been revealed about the new game – but one thing we can get excited about: it’s coming at the end of this year.

“If at first you don’t succeed, die, die again,” goes the tagline of this timey-wimey super-stylish shooter, which pits rival assassins in an endless struggle against each other – quite literally, because they are locked in a timeloop. Set on the lawless island of Blackreef, expect stunning environments and fast-paced fights in this FPS from Bethesda and Dishonored developers Arkane Lyon.

No, you’re not hallucinating about burgers after being in lockdown so long. This game features little junkfoods running around an island, ready to be eaten, and for that reason, it’s one of the most exciting selling points of the PS5. Big video game reveals at these kind of events are usually all about showcasing horsepower, showing us how reflective the animated puddles are and how realistically dark and gritty their dark and gritty realism can be.

So, it’s very unusual when such a game announcement has you cackling with laughter – but how else is one supposed to act when being introduced to the lush isle of Bugsnax by following an adorable, anthropomorphic strawberry in its native habitat? “Amazing aren’t they? Half bug, half snack,” a walrus explains to us, nature-doc style, before scooping the cute little fella up and eating him whole, before welcoming us to the Isle. Of course, it all makes perfect sense when you learn that this game comes from the creators of the inimitable Octodad.

If there’s ever been a better combination than animated robots, adorable cats and winding cyberpunk streets, we’ve never seen it. In Stray, you control a clever cat, lost in a people-less world where ‘RIP Humans’ graffiti adorns the walls; gone are human barbershops, instead lining the cluttered side streets are the robot equivalents (where one robot touches up another’s head unit with a screwdriver, for example). Think Chappie, plus whiskers. It’ll be coming through the catflap to PS5 in 2021.

Look, we knew that for the PS5, Sony had developed 3D audio, haptic feedback and ray tracing. What we did NOT know is that it had created the most adorable little sprites the world has ever known. In the announcement trailer for this new third-person action adventure from Ember Lab, we were introduced to what promises to be a charming story of redemption and growth, and these little spirit guys, which seem to do things like help you out in battles, carry stuff for you, and cuddle small children to make the game even cuter.

While there’s still much to learn about the gameplay and plot of this huge new PS5-exclusive, we do know that it features gigantic dragons, a mythic caped hero, and a beautiful other-worldy setting that appears to be on fire. And given that this new title comes from the Final Fantasy 15 development team at Square Enix, you know this has impressive pedigree. “It is going to be action-packed, and at times twisted, tempestuous, and forbidding,” the developers added in a new Sony blog. Also we already want the wording from the announcement trailer, “She will rise,” on a T-shirt.

When it comes to showcasing the power of the new PS5, diving instantly between dimensions, with seemingly no load time, is a great way to do it. And are there a better duo to show us that on the PS5 than Sony’s own Ratchet & Clank? Their return, built from the ground up for the PS5, sees our respectively furry and shiny heroes on an interdimensional adventure across alien worlds, racing through dense, lively levels, flying around on the back of a big dragon, jumping through Blade Runner-esque futuristic cities and landing on pirate space ships, and generally having a brilliant time across time and space. “Ratchet & Clank are near and dear to our hearts at insomniac,” said Marcus Smith, from Insomniac Games, as he introduced the first look. Ours too, Marcus.