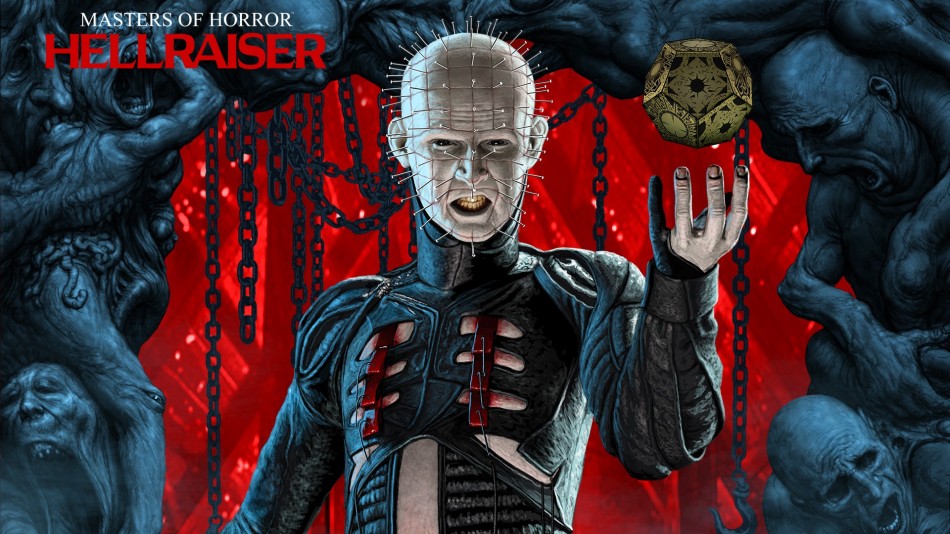 The launch is the latest in a rush of NFT art initiatives that exploit Blockchain technology.

Owners of the Pinhead NFT will be able to unlock one archival-quality giclée print based on the artwork.

A limited number of giclée prints (actually 666) will be signed by Miles Teves, and supplied with a Certificate of Authenticity from VIP Auctions, a specialist in entertainment prop auctions, and collectible provenance. Physical prints will be produced Creature Features.

Intended as the first in a series based on the Hellraiser franchise (so expect a few Cenobites to follow), the Pinhead drop heralds a series featuring legendary horror films and characters produced under the Masters of Horror NFT banner, accessed through the proprietary Boss Wallet platform.

Alongside the Pinhead launch, the company will be giving out a free Lament Configuration puzzle box NFT to all new users that register for a Boss Wallet.

Future benefits that can be unlocked with the Pinhead NFT include ongoing enhancements to the NFT, including selected voice lines from Doug Bradley, the actor reprising the role he originally portrayed.

“I am delighted to have this opportunity to revisit an old friend, and I look forward to working with the Masters of Horror team on this exciting new project,” said Bradley. “A few more sights to show you, perhaps…”

“This project represents the first merging of new technology with existing collectables around a franchise boasting one of the most iconic horror characters ever conceived,” said Master of Horror’s Michael Eisenberg. “The Pinhead NFT will not only provide owners with a unique variant of this definitive artwork, it also functions as a ‘golden ticket’ that entitles the initial purchaser to receive a coveted numbered art print at no additional cost.”

Each Boss Wallet download will include a deposit of 1,000 Boss Tokens that can be redeemed immediately for a free Lament Configuration Puzzle Box NFT, while supplies last.

John Wyndam’s celebrated sci-fi novel The Midwich Cuckoos has made its TV debut, but star Keeley Hawes admits she’s never read the original book. “I didn’t think it would be particularly useful,” she confesses. Sky’s new 7-part chiller brings the classic tale about creepy kids with uncanny powers bang up to date, with a clever END_OF_DOCUMENT_TOKEN_TO_BE_REPLACED

Take That were looking sharp at the 75th Cannes Film Festival this afternoon, when Gary Barlow, Mark Owen and Howard Donald took part in a special Riviera photocall to introduce international film buyers to upcoming movie Greatest Days, which is based on the hit stage musical The Band, which features music and lyrics from Take END_OF_DOCUMENT_TOKEN_TO_BE_REPLACED

Sky reveals biggest ever original TV and movie slate, and we want to watch them all

Sky has announced its largest ever slate of new programming. The broadcaster says it will launch over 200 Original shows across all genres, starting this year, for Sky Q and Sky Glass subscribers, and the NOW streaming TV service. Included in the new title reveal is a big budget adaptation of Heather Morris’ bestselling novel END_OF_DOCUMENT_TOKEN_TO_BE_REPLACED