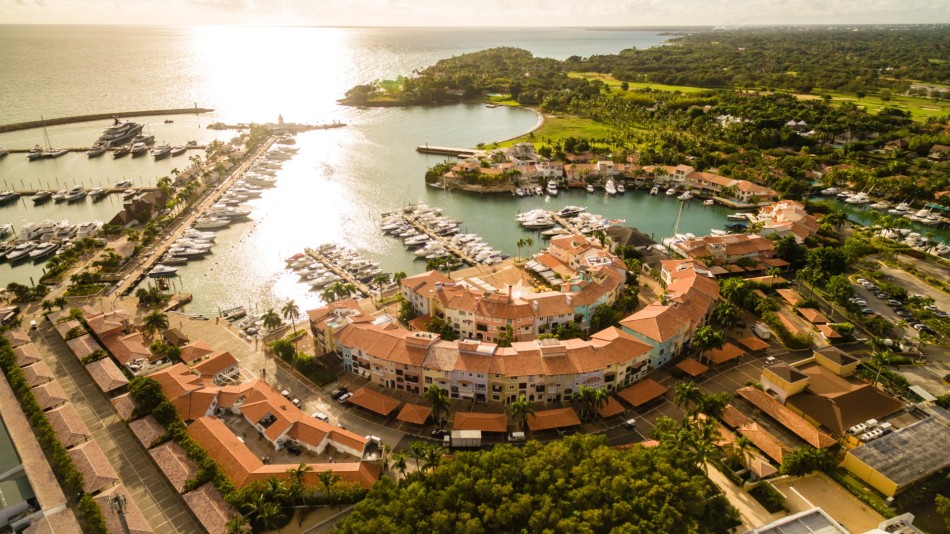 Being an Oscar nominee comes with global recognition of your art, a direct route to superstardom, and even a night of partying with Daniel Kaluuya and Glenn Close.

But as if that wasn’t enough, the nominees at last night’s 93rd Academy Awards also got another little something extra: The world’s grandest goodie bag. And this year’s bougie bag of treats came complete with a stay at Casa De Campo Resort and Villas, a luxury resort in the Caribbean with views as glamorous as its guest list.

So if you like the idea of sipping sunset cocktails next to Sir Anthony Hopkins, or relaxing around the pool by Riz Ahmed, look no further than this gorgeous resort in the Dominican Republic, where this year’s Oscar hopefuls will be celebrating their nominations and wins with a three-night stay.

Casa de Campo already has a reputation as a celebrity hangout – Frank Sinatra used to regularly fly in to the resort’s own airstrip by private jet.

The Oscars goodie bags have cemented themselves as the stuff of legend, and with good reason – gifted to all of the best actor, best actress, best director, best supporting actor and best supporting actress contenders, the ultra-exclusive gift bags are awarded at the famed GBK Pre-Oscar Lounge by Gavin Keilly and said to be worth upwards of six figures.

Guests at Casa De Campo are given their own golf cart to explore the 7,000 acre lush tropical grounds, where they will find three championship golf courses, a 370-slip marina and yacht club, a polo and equestrian centre and 13 tennis courts. They’ll also be kept busy with activities including kayaking along the Chavón river, clay shooting, and can even learn paddle-boarding or go deep-sea fishing.

And if you’re staying at this beautiful resort, of course, after all that, you’ll need some time to relax. Thankfully, here you can chill on the white sandy private beach, catch a boat to a nearby deserted island, learn pottery, wander around a 16th century Mediterranean style village, explore art galleries or watch a global superstar perform in the outdoor amphitheatre. The best part? You can do it all without leaving the resort.

Casa de Campo already has a reputation as a celebrity hangout – Frank Sinatra used to regularly fly in to the resort’s own airstrip by private jet, while more recently, Rocketman star Taron Egerton celebrated his 30th birthday and Grammy nomination at the resort, while Jennifer Lopez and Vin Diesel are also counted among the resort’s glitzy past visitors.

Even better, if you’re looking for an A-lister worthy post-lockdown holiday without an A-list sized budget, the good news is that all-inclusive packages at Casa de Campo start from around £1,275 per person. Now, that certainly deserves an award.

British Airways Holidays is currently offering seven nights on all-inclusive basis for just £1,275 per person (based on 2 sharing a superior Casitas room) including flights from London Gatwick on 28 September 2021. Check out hotel bookings here.

A new luxury ryokan opening on Naoshima, a small Japanese island in the Setouchi Inland Sea, hopes to become a magnet for lovers of contemporary art and design. Roka opens in April 2022, to coincide with the island’s Triennale culture and arts festival. The island of Naoshima has been transformed by an ambitious project that END_OF_DOCUMENT_TOKEN_TO_BE_REPLACED

Inside the American Express Centurion Lounge LHR: mod cons, wry humour and a menu to fly for

American Express has opened a Centurion Lounge in London Heathrow Terminal 3, its first in Europe. The Luxe Review was invited to an exclusive pre-launch preview, where we had a chance to experience the space and sample some of the sumptuous signature bites on offer from Michelin Star chef Assaf Granit.  A stylish retreat for END_OF_DOCUMENT_TOKEN_TO_BE_REPLACED