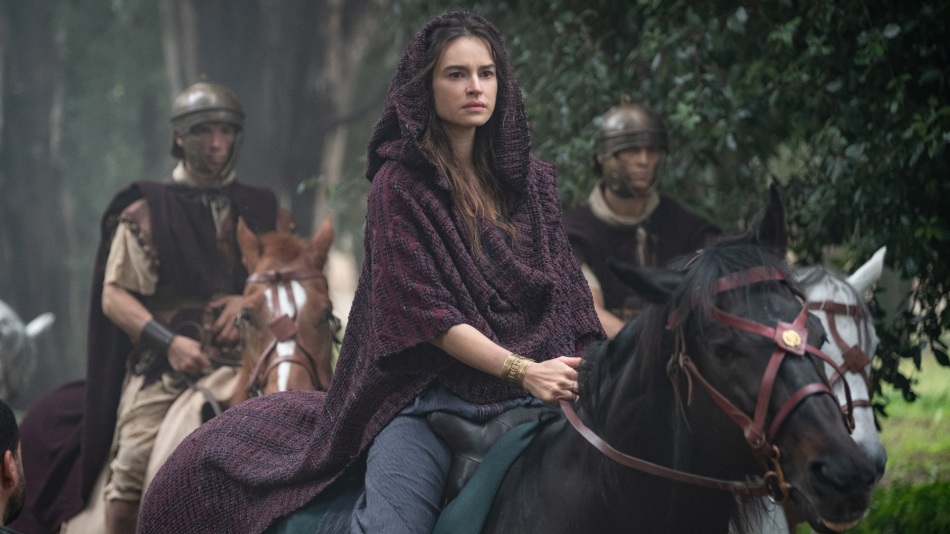 Sky has offered an early look at Domina, its upcoming Roman historical drama, which details the power struggles of Ancient Rome from the perspective of its women.

“A visceral and authentic family saga, grounded in historical accuracy…”

Here’s the official set-up: The story follows Livia’s journey from a naïve young girl whose world crumbles in the wake of Julius Caesar’s assassination, to Rome’s most powerful and influential Empress, driven by a deep desire to avenge her father and secure power for her sons. Livia and her peers navigate their way through a brutal society by means of strategy, conspiracy, seduction and murder.

The promise is of ‘a visceral and authentic family saga, grounded in historical accuracy and bringing to life the incredible true stories of the women who would create one of the most enduring dynasties of all time.’

The show will air in May on Sky Atlantic and NOW. Domina is produced by Fifty Fathoms (Fortitude), Tiger Aspect and Sky Studios.

Survivor, one of the world’s most successful reality TV game show formats. is coming to the BBC in 2023.  The new UK adaptation has been commissioned by BBC One and BBC iPlayer from Banijay UK company Remarkable Entertainment, with the first season comprising sixteen sixty minute episodes. In the show, 20 people compete to become END_OF_DOCUMENT_TOKEN_TO_BE_REPLACED

Game of Thrones prequel House of the Dragon has received an early second season renewal, as the fantasy show delivers huge audiences on both sides of the Atlantic.  In the US, the first episode attracted some 20 million viewers across linear, VOD and HBO Max platforms within a matter of days. Sky has reported an END_OF_DOCUMENT_TOKEN_TO_BE_REPLACED

Artist, comedian and national treasure Jim Moir is returning to Sky Arts in 2023, to front a new show in which he watches and paints birds.  Last seen promoting heritage crafts in The Prince’s Master Crafters (pictured above) for the channel, the new comedic ornithological series, Painting Birds with Jim and Nancy Moir will follow END_OF_DOCUMENT_TOKEN_TO_BE_REPLACED