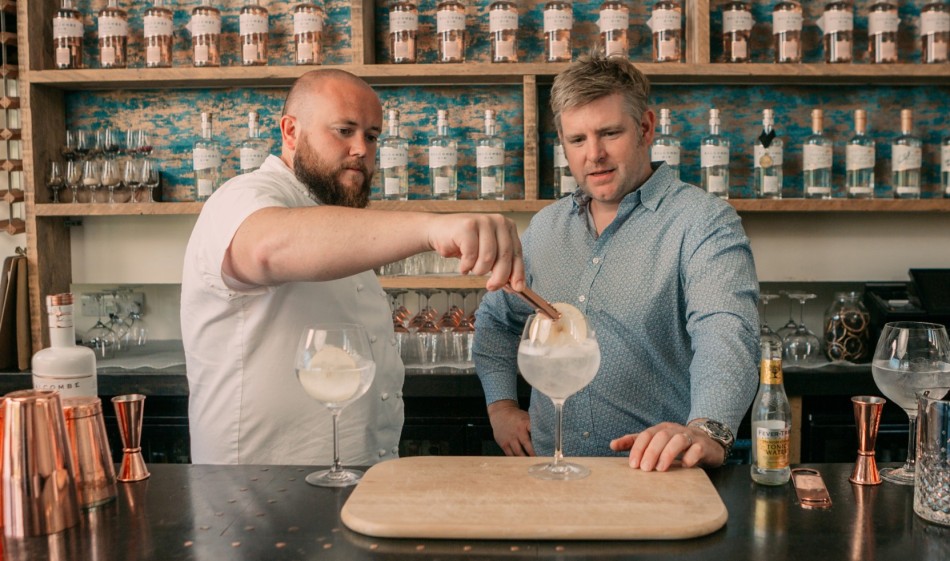 Salcombe Gin has teamed up with two Michelin star chef, and winner of The Great British Menu, Niall Keating to create the world’s first gin distilled with a liquid botanical, kombucha.

Restless is the fifth release in the Voyager Series,  a limited edition series of gins developed in collaboration with world-renowned chefs, ‘to reflect their personality, style, story and approach to their craft.’

Limited to 3,500 bottles, Restless reflects Niall’s passion for Asian cuisine, and is made at his culinary residence, Whatley Manor, by fermenting Sencha Sakura tea.

Using a kombucha mother and blood orange pulp, the blood orange kombucha is distilled with English wheat spirit and combined with 15 hand-selected botanicals, including Asian pears, Japanese salted plums, Chinese black dates, perilla leaves and Sencha Sakura tea, before being distilled according to the one-shot method.

The bespoke blood orange kombucha adds a delicate sweetness, with a tang of blood orange and a touch of vanilla, while the Asian spices reflect Niall’s interest in Korean and Japanese cuisine.

It was Keating’s suggestion to  incorporate the complex flavour compounds found in a kombucha, which led to the development of the world’s first gin made using a liquid botanical.

“Niall is one of the most exciting and prodigious chef talents in the world,” says Angus Lugsdin, co-founder of the Salcombe Distilling Co. “He represents a new generation of culinary innovation as he continues to push boundaries. It was a privilege to collaborate with him to create ‘Restless’ and bring his revolutionary thinking to the gin world.”

“When I was approached by Salcombe Distilling Co. earlier this year, I felt they were very much the right calibre of distillers to work with on a bespoke gin for Whatley Manor,” says the chef.

“I was curious about the production process and how I could introduce some of my more intriguing ingredients to develop a stand-out spirit that would be a reflection of my own culinary journey. I’ve learnt so much about the fine detail that goes into the creation and distillation process, and I believe together we have crafted a unique and delicious gin.”

For those looking for staycation ideas, Keating will also be serving Restless, and offering a special Michelin dine and stay package, at his culinary residence, Whatley Manor.

Prices for the package start from £524 for two people and includes a Restless Mr Keating Salcombe Gin cocktail per person, an overnight stay, a chef’s menu, breakfast and full use of the Aquarias Spa.

Restless is available now from the Salcombe Gin Distillery and Victuallers, Amazon and Master of Malt, priced at £65 per 50cl.