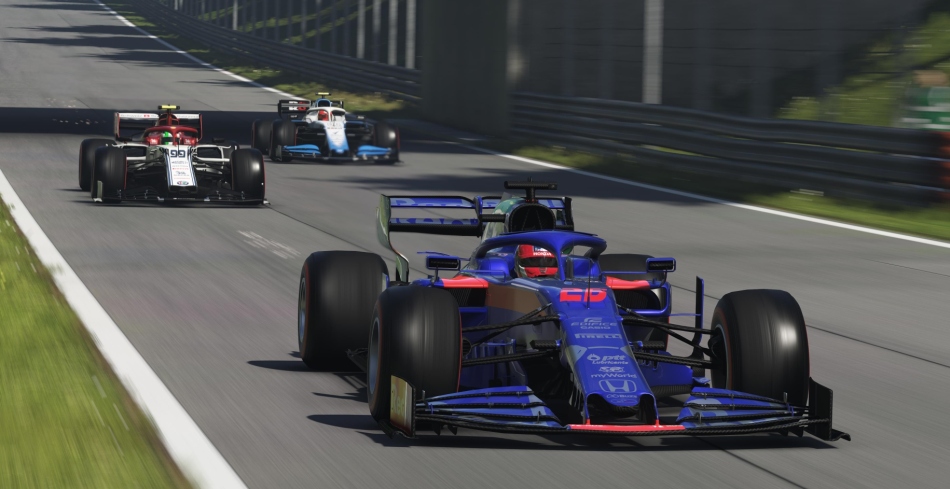 It may have lacked the glamour of the Paddock Club, or the thrill of an actual pit walk, but the recent F1 Esports Virtual Grand Prix Series still managed to pull in a record breaking 30 million views across TV and digital platforms during the lockdown period, attracting sports fans with a mix of Virtual Grands Prix, Pro Exhibition races and Challenge events.

Throughout the series over half the F1 grid took to the track, with 11 drivers competing in at least one race in the series. F1 drivers were also joined by a host of famous faces, including a Ryder Cup winner, professional footballers, and music chart toppers.

The Virtual Grand Prix races reached 21.8 million views on digital platforms, including the official Formula 1 YouTube, Twitch and Facebook channels as well as Weibo and Huya channels in China. TV viewership estimates suggest the Virtual Grands Prix also accumulated a further 5 million views through broadcast partners in over 100 countries, including Sky Sports F1 in the UK.

The second event, the Virtual Vietnam Grand Prix but took place on the Albert Park circuit, was the #1 trending video on YouTube UK post-event that day.

The buzz also benefited the official F1 2019 video game, developed by Codemasters, which saw 1,000 per cent month-on-month growth of streaming hours on the popular gaming platform.

“Now the series has come to an end, it gives us a chance to reflect on the huge success that it has been, which is reflected in the very impressive viewing figures and engagement stats,” comments Julian Tan, Head of Digital Business Initiatives and Esports. “Our aim at the start of this journey was to provide live sporting action for those craving some racing relief, and now as we and the teams, whom we are extremely grateful to for their support and commitment throughout the series, turn our focus to the 2020 season and the F1 Esports Series, we can be proud that we were able to provide such entertainment to our fans, and beyond.”

The huge success of the F1 series, reflects a growing interest in eSports. Analysts even suggest that viewing parity between sports and popular esports tournaments isn’t that far away. Market watchers Futuresource Consulting estimates the sports ecosystem was worth $923 million in 2019.