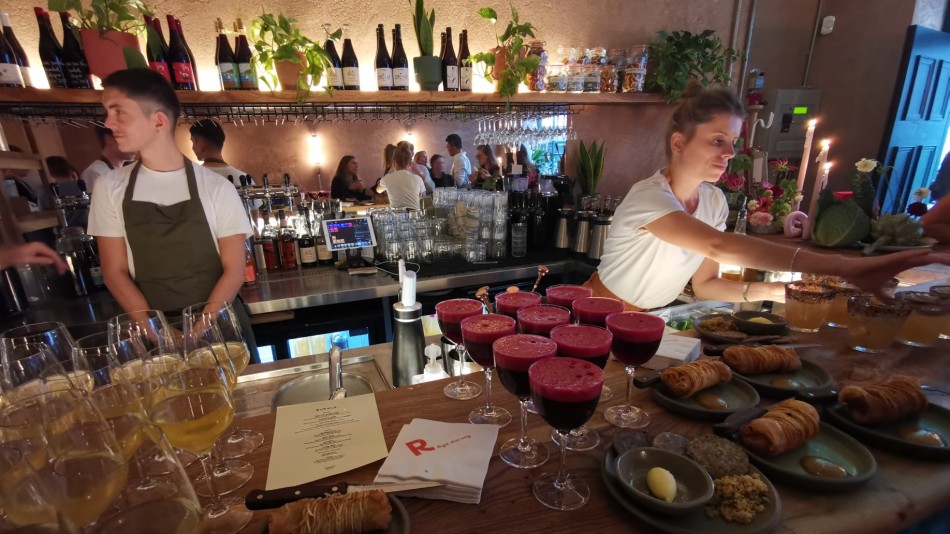 Dining out should get a whole lot more interesting in 2023, as restaurants look to entice foodies with innovative menus and more choice, according to a new survey from hospitality technology platform Resy.

Prat of this will be down to a dramatic growth in pop-ups, as established venues offer a helping hand to up and coming talent. London pub The Gunmakers has handed over culinary control to rising star chef Ramon ‘El Tigre’ Ramos and his Tigre Tacos, while Dalston wine bar Weino Bib regularly runs pop-ups.

Dining solo is also gaining favour, with an increasing number of outlets offering counter service and tables for one. Hashtags #SoloDate and #DiningAlone having 150+ million views on TikTok.

We can also expect to see the rise of food hall style cultural hubs, with collective spaces appearing in cities across the UK, including London, Brighton and Manchester.

One such, Manchester’s Escape to Freight Island, draws in more new Resy users than any other venue in the UK. offering live music, DJs, movies alongside highly rated food and drink.

Manchester’s Escape to Freight Island, draws in more new Resy users than any other venue in the UK…

According to Food Forward: Resy’s Top Dining Out Trends for 2023, diners can look forward to an even wider global food choice in the year ahead.

Colombian and Kurdish are cited as two cuisines to watch, while migrants and refugees from Hong Kong, Xinjiang, Ukraine, Russia and Poland could herald a boom in their respective cuisines.

West African cuisine has already given rise to multiple stars, including Brixton’s Chishuru and the elevated West African offerings of Akoko. Ikoyi, in St James, London, which heavily focused on West African spices when it first opened in 2017, has since gained two Michelin Stars and joined the World’s 50 Best Restaurants List in 2022.

Resy notes that ‘Vegetarian’ as a categorisation of restaurant is indecline, as plant and meat-eaters alike gravitate to menus where vegetables are the main attraction.

Amidst rolling hills and verdant fields, the Four Seasons Hotel Hampshire is inviting lovers to experience a Valentine’s celebration unlike any other. Upon arrival, you’ll be greeted with cocktails and canapés, and your room or suite will be adorned with a bouquet of roses, setting the stage for the ultimate romantic retreat.  Savour the tranquillity…

Raise a glass to adventure and immerse yourself in the intoxicating world of rum, on the paradise island of St. Kitts.  Introducing the Kittitian RumMaster program, a unique opportunity to delve into the history and art of rum distillation and mixology, run by the St. Kitts Tourism Authority for rum lovers and curious travellers alike.…