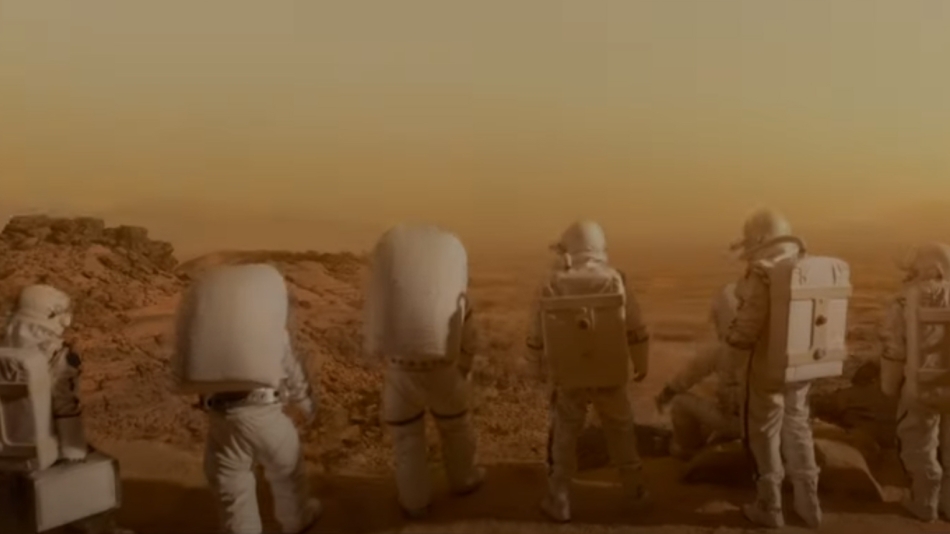 Season three of For All Mankind will make its global debut on Friday, June 10, 2022 on Apple TV+, the streamer has confirmed. The ten-episode third season will debut with the first episode, followed by one new episode weekly, every Friday.

The new season of the hit alternate-reality series takes viewers to a new decade, moving into the early ‘90s with a high-octane race to Mars.

Says the synopsis: ‘The Red Planet becomes the new front in the Space Race not only for the US and the Soviet Union, but also an unexpected new entrant with a lot to prove and even more at stake.  Our characters find themselves going head-to-head as their ambitions for Mars come into conflict and their loyalties are tested, creating a pressure cooker that builds to a climactic conclusion.’

The new season of the hit alternate-reality series takes viewers to a new decade, moving into the early ‘90s with a high-octane race to Mars…

For All Mankind is created by Emmy Award-winner Ronald D. Moore, and Ben Nedivi & Matt Wolpert. Nedivi & Wolpert serve as showrunners, and executive produce alongside Moore and Maril Davis of Tall Ship Productions, as well as David Weddle, Bradley Thompson and Nichole Beattie.

The first two seasons of For All Mankind are available to stream on Apple TV+.

Lashana Lynch took home the EE Rising Star Award at the 2022 British Academy Film Awards, held last night at the Royal Albert Hall, the only BAFTA award determined by a public vote. Lady Gaga, making her debut at the awards ceremony, spoke of the importance of supporting the next generation of talent, before introducing END_OF_DOCUMENT_TOKEN_TO_BE_REPLACED

Apple TV+ has offered a first look at the second season of the Apple Original, Foundation, and confirmed a slew of new cast members, who will star alongside Emmy Award nominees Jared Harris and Lee Pace. Based on Isaac Asimov’s award-winning stories, Foundation chronicles the stories of four crucial individuals transcending space and time as END_OF_DOCUMENT_TOKEN_TO_BE_REPLACED

Apple upgrades AirPods: here’s what you need to know about its 3rd gen earbuds

Apple has unveiled a third generation of AirPods, with an all-new contoured design, extended battery life and support for Spatial Audio Dolby Atmos Dynamic Head Tracking.  In terms of performance, these 3rd gen AirPods are much closer to AirPods Pro and AirPods Max. With the same computational audio, and a novel acoustic system, they offer END_OF_DOCUMENT_TOKEN_TO_BE_REPLACED