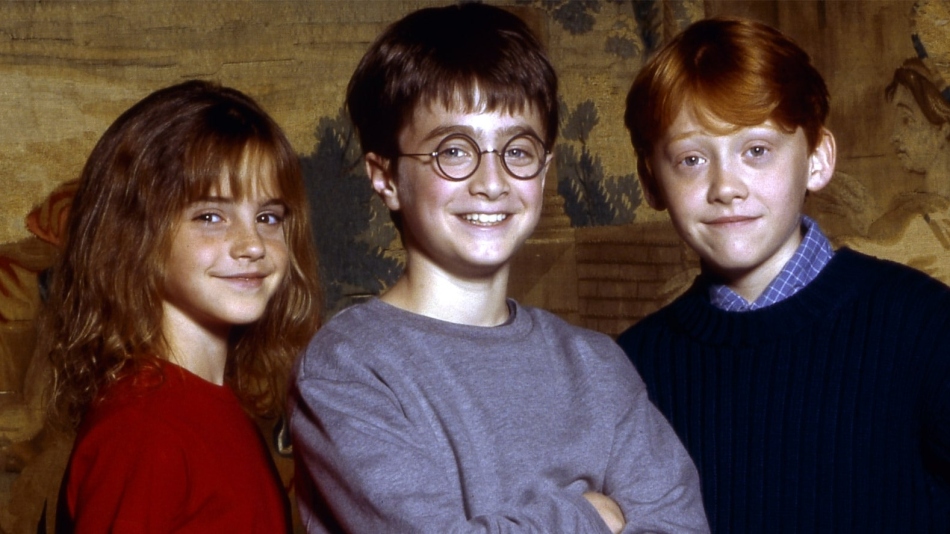 Due to air on New Year’s Day, Harry Potter 20th Anniversary: Return to Hogwarts will see Daniel Radcliffe, Rupert Grint and Emma Watson join filmmaker Chris Columbus and other cast members from across the eight Harry Potter films, as they travel back to Hogwarts to celebrate the anniversary of the franchise’s first film, Harry Potter and the Philosopher’s Stone.

The retrospective promises all-new in-depth cast interviews, and will provide fans with a unique first-person journey through the blockbuster film franchise.

Daniel Radcliffe, Rupert Grint and Emma Watson travel back to Hogwarts to celebrate the anniversary of the franchise’s first film…

Also coming to Sky Q, Sky Glass and the Now streaming service is Harry Potter: Hogwarts Tournament of Houses. Featuring hundreds of trivia questions and special guest surprises, this special four-part event is hosted by Helen Mirren that will showcase ultimate fan glory on a grand scale. It lands December 29.

Wizarding World fans will put their Harry Potter knowledge to the test, for the ultimate honour of being named House Cup champion.

To complete its Potter feast, Sky is also launching a Wizarding World 20th Anniversary pop-up channel, on December 19. It’ll be the exclusive home of Fantastic Beasts and Where to Find Them and Fantastic Beasts: The Crimes of Grindelwald, as well as the full collection of Harry Potter films.

You’ll soon be able to watch Sky TV on any flatscreen in the house, Sky Glass TV or Sky dish not required.  Sky Stream is a 4k HDR TV box that uses the same platform as Sky Glass, and connects wirelessly to your home network. Just hook it up via HDMI to any screen to END_OF_DOCUMENT_TOKEN_TO_BE_REPLACED

John Wyndam’s celebrated sci-fi novel The Midwich Cuckoos has made its TV debut, but star Keeley Hawes admits she’s never read the original book. “I didn’t think it would be particularly useful,” she confesses. Sky’s new 7-part chiller brings the classic tale about creepy kids with uncanny powers bang up to date, with a clever END_OF_DOCUMENT_TOKEN_TO_BE_REPLACED