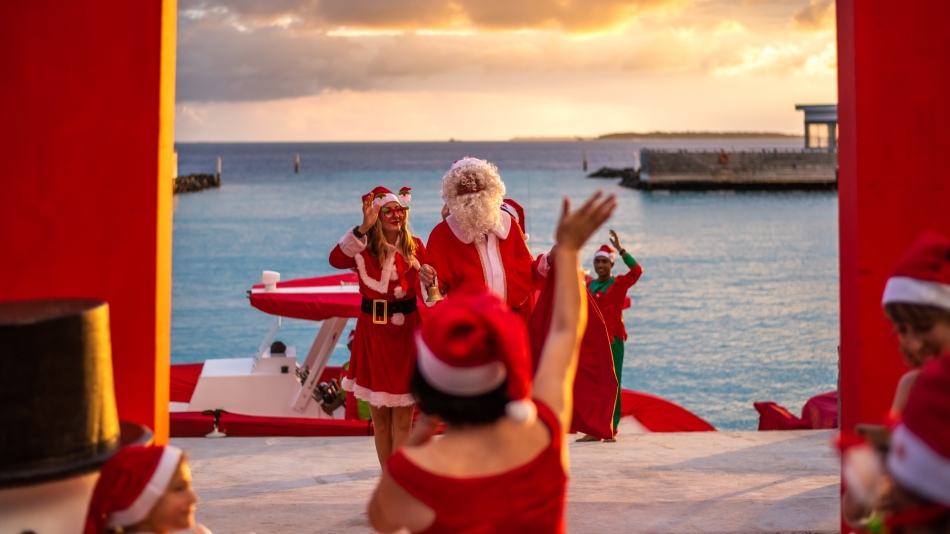 Musician Pixie Lott will headline New Year celebrations at the Amilla Maldives Resort, it’s been announced.  Also counting down to 2022 will be a performance by Eurovision Russian pop star Dima Bilan, best known for his 2008 winning entry ‘Believe’.

Twice-nominated for the BRIT Awards, Pixie had a UK number one in 2009 with ‘Mama Do (Uh Oh, Oh Oh).’ Her debut album, Turn it Up , went on to sell 1.5 million copies and spawned six consecutive top 20 singles.

Subsequent chart toppers include ‘Boys and Girls’ and ‘All About Tonight’. The star has also appeared as a guest judge on The X Factor and as a coach on The Voice Kids UK, alongside will.i.am and Danny Jones.

Also part of the resort’s festive celebrations, soccer superstar Arjen Robben will host football camps at the resort. The former Chelsea, Real Madrid and Bayern Munich winger will be sharing his Champions League-winning techniques and skills with a special football camp and coaching sessions exclusively for Amilla guests, between December 26 to 30 .

Other entertainments lined up for the season include festive cookie decorating classes, treasure and snowman hunts, a Jingle Rock disco, and a Dickens-themed ‘Past, Present and Future of Sustainable Fashion’ show. Expect also performances from the Maldives own Limestone Band and DJ Tappu.

Abercrombie & Kent is offering seven nights at Amilla Maldives from £11,225 per person, based on two adults sharing a Reef Water Pool Villa on B&B, including flights and shared seaplane transfers. Price based on travel from 20-27 December 2021.

For more travel options for the Amilla Maldives Resort and Residences click here.

Award-winning French elderflower liqueur ST-GERMAIN has partnered with McQueens Flowers, for a terrace take-over across London, which runs until August 1. The al fresco hotspots list a new entry in what has become a seasonal perennial, Whitcomb at The Londoner, in London’s Leicester Square. Other pop-ups where you can enjoy a classic cocktail against an END_OF_DOCUMENT_TOKEN_TO_BE_REPLACED

From the States to outer space, here are four gins you must try for World Gin Day 2022

Take your gin game to the next level this World Gin Day (June 11), with four novel tipples that are far from ordinary. To help shake up your serves, we have craft gins from across the pond, a treat that’s typically topical and one gin that’s literally out of this world… And if that’s not END_OF_DOCUMENT_TOKEN_TO_BE_REPLACED