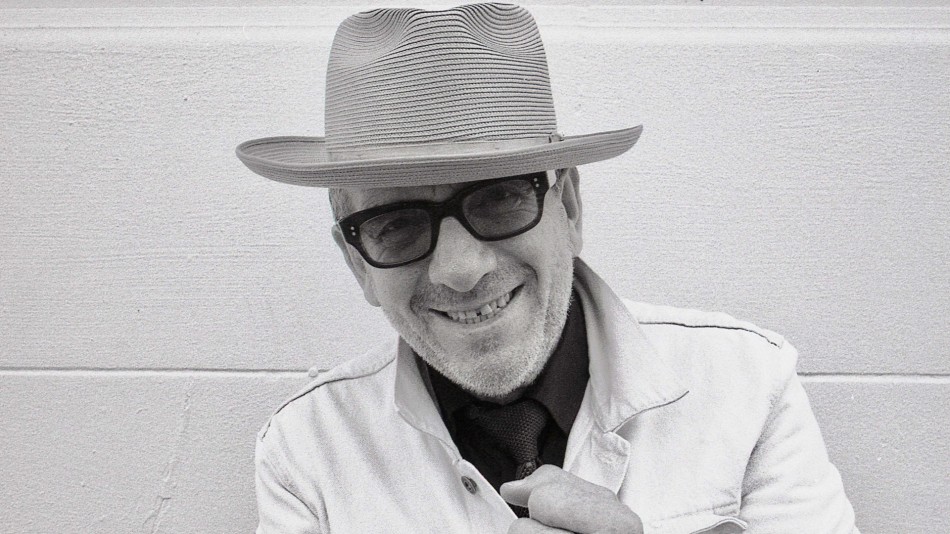 Featuring contributions from Iggy Pop, Isabelle Adjani and Tshegue, the surprise collection is available from today digitally, and will be released on vinyl this summer by Concord Records.

The release includes a spoken-word rendition of ‘No Flag’ in which Iggy Pop’s famous baritone is heard in dialogue with Costello’s original vocal.

Isabelle Adjani and Steve Nieve contribute a new piano and voice rendition of ‘Revolution #49’ on which Adjani improvises in response to M. Nieve’s una corda piano motif, providing a delicate contrast to her compelling recitation over the instrumental performance from Hey Clockface.

The French lyrical adaptation for both versions was made by Muriel Teodori and completed in consultation with Isabelle Adjani at the time of recording.

The EP features remixes from Hey Clockface with contributions from Iggy Pop, Isabelle Adjani and Tshegue…

Costello said: “When I heard Tshegue’s single, Muanapoto, it provided such a great jolt of energy that I thought they might have fun dismantling and re-assembling this rag doll of a song”.

‘Hetty O’Hara Confidentiel’ also receives an entirely Francophone lyrical adaptation courtesy of Muriel Teodori and AJUQ. This rendition is led by the enigmatic presence of Etta Somatis, who shares the verses with AJUQ with brief interjections in the original language.

A new edition talking picture for ‘Hetty O’Hara Confidentiel’ by Eamon Singer and Arlo McFurlow, featuring the voices of Etta Somatis, AJUQ et Elvis Costello, has also been released, joining the previously released illustrated clips for ‘No Flag’ – in both English and French – and another for the Isabelle Adjani’s rendition of ‘Revolution #49’.

Of working with Adjani, Costello said: “When Steve Nieve’s partner, Muriel Teodori told me that she thought Isabelle Adjani might consider reading the French adaptation that Muriel had made of my original text, I assumed that I must be dreaming.”

Take That were looking sharp at the 75th Cannes Film Festival this afternoon, when Gary Barlow, Mark Owen and Howard Donald took part in a special Riviera photocall to introduce international film buyers to upcoming movie Greatest Days, which is based on the hit stage musical The Band, which features music and lyrics from Take END_OF_DOCUMENT_TOKEN_TO_BE_REPLACED

Sony has taken a design diversion with the latest update to its 1000X noise cancelling Bluetooth headphone series. The WH-1000XM5 cans feature a sleek new look with a stepless headband slider.  Unlike their predecessors, there are no hinges and they’re not collapsible. The ear cushion shape is also slightly rounder, ostensibly to better block external END_OF_DOCUMENT_TOKEN_TO_BE_REPLACED

Kirk Hammett, lead guitarist of Metallica, has released the first track from his upcoming debut solo EP, ‘High Plains Drifter’, music which he describes as taking an audio-cinematic approach. “They’re soundtracks to the movies in your mind.” The track opens the second side of Portals, the four-song EP out April 23, 2022 via Blackened Recordings END_OF_DOCUMENT_TOKEN_TO_BE_REPLACED