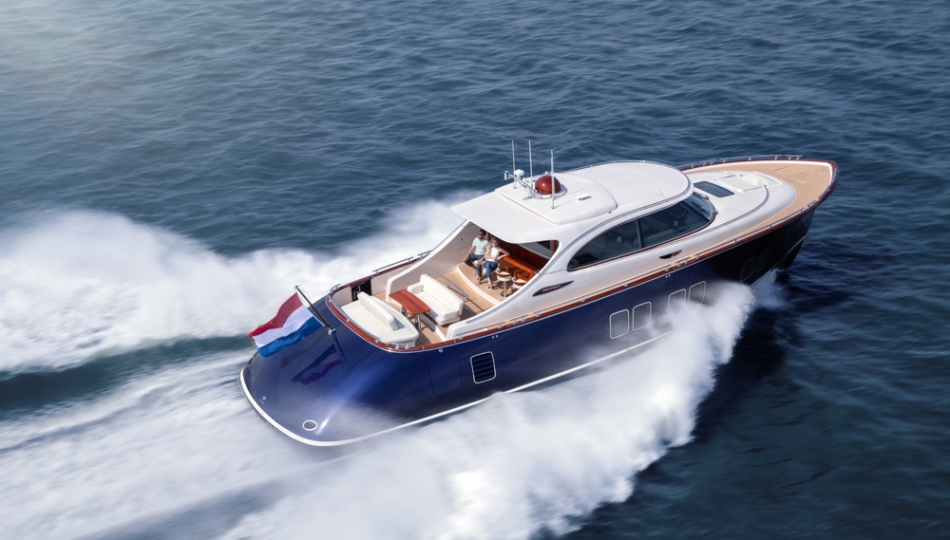 A new addition to the Zeelander yacht fleet has been launched. The 20m flagship Z72 in Royal Nights Blue Metallic has been hailed as the most technologically advanced Zeelander so far.

The new Z72 is equipped with a forward-looking sonar, an underwater camera and camera system in the front and aft. The aft and side windows on the main deck have privacy glass and can be tinted with a simple click on a button.

With a wide stern and curvy exterior lines developed in collaboration with Cor D. Rover, it looks every inch the standard-bearer.

The yacht has three suits on the lower deck, boasts a spacious main deck saloon with huge windows and panoramic views, and a pair of alfresco social areas. A 10 square meter beach club is another unique feature.

In Royal Nights Blue Metallic, this Z72 has been hailed as the most technologically advanced Zeelander so far…

“The client had some special requests,” says Sietse Koopmans, Founder and Chairman of Zeelander Yachts. “The main deck bar with a pair of bar stools, adjacent to the interior galley, is shortened. We designed an L-shaped sofa instead of the other two stools to the left.”

The yacht is ready for adventures. Four rod holders are installed in the stern between side boarding and swim platform. There are extra chargers and brackets for jet surf boards in the tender garage. Other extras include a diving plank on the bow. The Z72 tender garage is large enough to carry a 3.5m Williams tender.

“The array of custom updates the client requested make this a very different Z72’,” adds Koopmans, “These exciting new features belong to the superyacht class. The quality, attention to detail, feeling of space and seagoing qualities are nothing short of excellent.”

It’s a scene to relish: an historic Aston Martin racer meeting the future of the marque in a unique photoshoot to celebrate the iconic British automotive brand’s 110th anniversary. This weekend, on January 15, 110 years ago, founders Lionel Martin and Robert Bamford officially formed a partnership that would lead to the first Aston Martin…

Premium audio outfit Bowers & Wilkins has partnered with McLaren to launch a limited edition of its high-end Px8 headphones with signature Papaya orange highlights. The McLaren Edition builds on the long-standing relationship between the two brands for in-car audio. Bowers & Wilkins is responsible for the audio system in the McLaren Speedtail, McLaren GT…