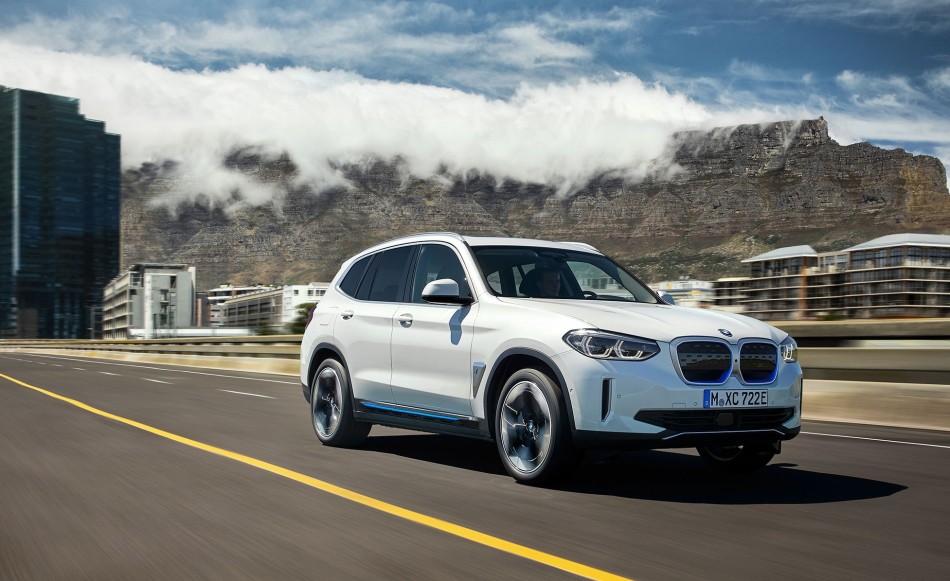 Based on the current X3 model, the iX3 will be built and exported from the company’s joint-venture Shenyang plant in China and employs a new electric motor that offers a power density up to 30 per cent greater than existing BMW fully-electric vehicles. The iX3’s 286bhp motor is also notable for delivering high, sustained levels of torque at high revs, a current weakness of many extant competitors.

With a range of up to 285 miles and the ability to charge from zero to 80 per cent capacity in 34 minutes, there isn’t much in the way of compromise in day to day use…

The Bavarians claim the car’s new (93 per cent efficient) electric motor will whisk it from 0 to 62mph in 6.8 seconds, essentially the same as the current conventionally-powered xDrive30i, so there shouldn’t be a shortfall in sprint speeds on the way to the office.

With a range of up to 285 miles and the ability to charge from zero to 80 per cent capacity in 34 minutes, there isn’t much in the way of compromise in day to day use, either (a quick 10 minute charge while grabbing a Starbucks at a service station will get you another 62 miles of range).

BMW says it has been able to sling the battery lower down in the underbody which pays dividends in the form of an improved centre of gravity (7.5cm lower than the current X3 models), a change that should result in improved lateral dynamics. When it comes to ride quality, an adaptive suspension system comes as standard but there will also be an ‘M’ version on the options list, if a sportier response is required.

To signal that it’s an all-electric model the iX3 will be peppered with blue accents both inside and out, with artificial sound effects generated in the cabin while driving (BMW call the system ‘IconicSounds Electric’).

In fact, we’re told that Hans Zimmer, no less, collaborated with BMW’s acoustic engineer to come up with the sound effect that greets you when initially you push the Start/Stop button. Literally, music to our ears…