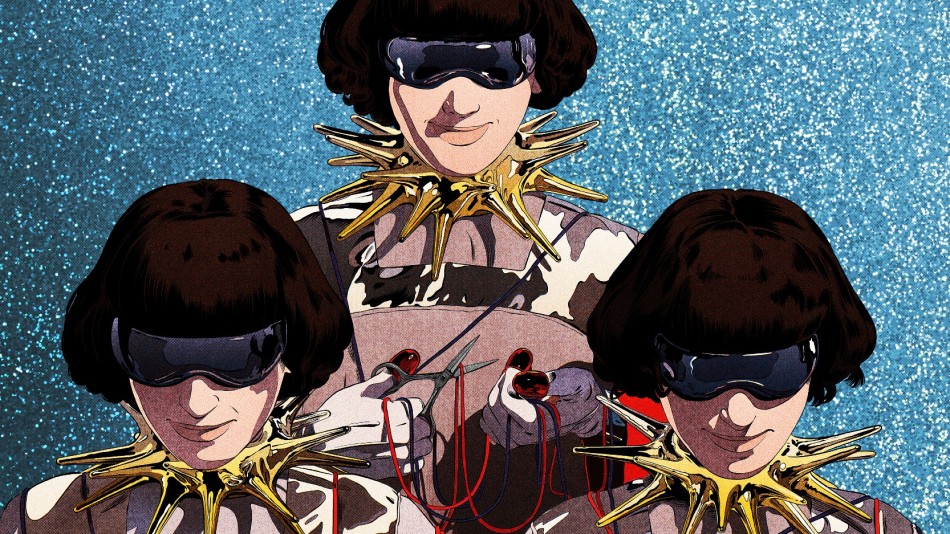 A collaboration between record label Microqlima and Dolby, it’s also the first original French music release in the immersive sound format. “I was immediately seduced by the idea of having a 3D soundscape, and I was convinced that the band would really like it,” says Microqlima label founder Antoine Bisou. “Artistically, there is a real added value. You can really appreciate the placement in space. “

The first release from the band since their first album Matahari, Tako Tsubo is a mix of dance grooves and vintage synths, with silky smooth vocals. According to the group, the new album is ‘more rooted in reality, questioning the current world, the contrary winds that drive it…’

The album is also available in binaural form via the label’s YouTube page (below). We strongly recommend you take a listen. This binaural presentation has been derived from the Dolby Atmos mix, and it’s something else! Simply listen on any headphones or earbuds for a beguiling wraparound audio experience.

“I was blown away by the listening experience. It brings out very different details… a fusion of sound and space.”

Singer Flore Benguigui, says of the Dolby Atmos mix: “I was blown away by the experience. It brings out very different details, whether it’s the analogue synthesizers or the voice, there’s a warmth and a feeling of closeness, it’s much more human and touching. I would describe it as a fusion of sound and space.”

Charles de Boisseguin, the group’s keyboardist, adds: “After 8 years of playing music, we thought it was a good idea to discover our songs in a format other than stereo and I had never heard anything like it. I feel like I’m in the drummer’s shoes and that’s amazing! When Flore sings in a Dolby Atmos mix, she sings for real next to your ear, you can feel her voice and her breath. It’s a really physical experience. I felt like I was diving into a swimming pool, feeling all the material and textures.”

Fans can experience the album Tako Tsubo in Dolby Atmos via Amazon Music HD on the Echo Studio speaker, or on TIDAL’s HiFi tier through compatible soundbars, TVs and home cinema systems.

The LG Eclair is a soundbar for those that don’t do soundbars. With its elegant, compact oval design, it doesn’t sit beneath your TV like a railway sleeper, instead taking no more room than a well-finished Bluetooth Hi-Fi speaker. The Eclair soundbar measures 296 x 59.9 x 126mm, which is one-third the width of LG’s END_OF_DOCUMENT_TOKEN_TO_BE_REPLACED

Its technology has been used in some of the world’s best sounding movie theatres, and now American Hi-Fi outfit Klipsch, celebrating its 75th anniversary, is debuting a trio of premium Dolby Atmos soundbars that borrow heavily on this horn-loaded heritage. Favouring classic wooden construction over plastic, these new Klipsch Cinema soundbars look and sound much END_OF_DOCUMENT_TOKEN_TO_BE_REPLACED

The world’s first Dolby Atmos in-car audio system has been unveiled by US electric car maker Lucid. The immersive 21-speaker audio system will debut in the Lucid Air sedan.  Lucid’s Surreal Sound system comprises front, rear, side, and height speakers, precisely positioned so that driver and passengers can feel the relative movement of individual sounds END_OF_DOCUMENT_TOKEN_TO_BE_REPLACED