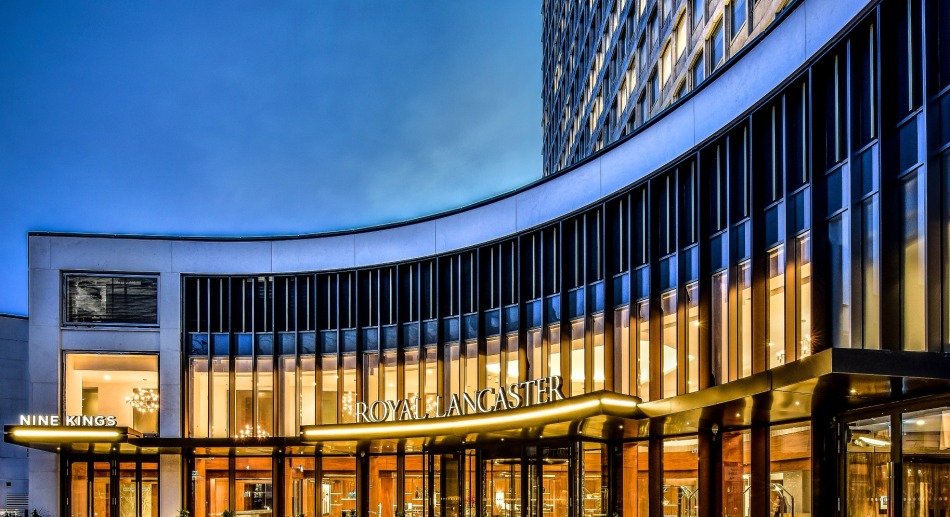 The Royal Lancaster London becomes the ultimate Valentine’s Day hotel this weekend, as the iconic hotel lights up with a giant love heart.

The stunt runs from today till February 15, and while we can’t actually treat ourselves to a celebratory city break there right now, we certainly appreciate the sentiment.

Located on Lancaster Gate, the luxury hotel completed an £85 million renovation of all its public spaces and bedrooms in 2018, and offers 411 guest rooms spread across 18 floors.

The hotel’s frontage was remodelled with an 8-metre high glazed façade that showcases the double-height reception space.  Dominating the lobby is a staircase made from white Carrara marble.

The stunt runs from till February 15, and while we can’t actually treat ourselves to a city break there, we appreciate the sentiment…

During the Sixties, the Royal Lancaster London served as a location for The Italian Job and famously hosted the after-party for The Beatles’ Yellow Submarine movie premiere, which saw the Fab Four attend a ‘Yellow Submarine’ nightclub.

When we’re all allowed to stay again, expect first class facilities, including the Hyde Lobby Bar and award-winning  Nipa Thai restaurant, famed service and some of the best views across Hyde Park and Central London.

Portugal is Go: 5 of the most picturesque, stress-free things to do in Lisbon this summer

From sun-soaked beaches to beautiful natural parks and UNESCO heritage sites – and of course, pastel de natas – there’s something for all tastes in Lisbon. It’s made even better by the fact that Portugal has made the UK government’s Green List, effectively becoming the go to destination for travel starved Brits. That said, we END_OF_DOCUMENT_TOKEN_TO_BE_REPLACED

Holiday like Hollywood: Inside the luxury Caribbean resort trip this year’s Oscar nominees get in their goodie bags

Being an Oscar nominee comes with global recognition of your art, a direct route to superstardom, and even a night of partying with Daniel Kaluuya and Glenn Close.  But as if that wasn’t enough, the nominees at last night’s 93rd Academy Awards also got another little something extra: The world’s grandest goodie bag. And this END_OF_DOCUMENT_TOKEN_TO_BE_REPLACED