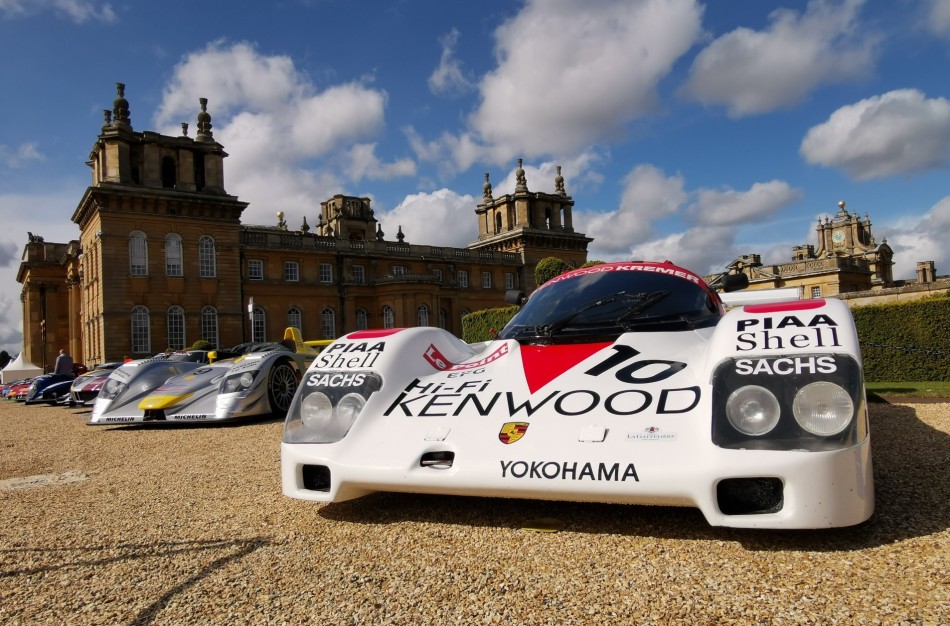 And as usual it was a social event par excellence, providing the perfect instagrammable backdrop for some of the most exotic vehicles on the planet.

Navigating a maze of restrictions, the organisers did a fine job with COVID-19 secure systems in place, including entry via the Liber track and trace app (the first automotive event in the world to use it).

It was a social event par excellence, providing the perfect instagrammable backdrop for some of the most exotic vehicles on the planet…

The packed lunches were admittedly rather different, but spacing never seemed to be an issue. The various stands were limited to four people at a time, but everyone looked rather fetching in their masks, and thankfully the late September weather was kind.

Bentley hosted a trio of global premieres in the palace grounds. The Classic division unveiled its recently restored 1929 Blower, the Coachbuilt division gave its first car, the Bacalar, a public bow, and the Collections portfolio presented the brand-new Continental GT Mulliner coupé.

European debuts covered a variety of performance cars, including the TDF1 from British brand Tour-de-Force, the all-electric Aspark Owl hypercar, and the fabulous PAL-V flying car.

You had to work hard to spy it, but Rolls-Royce gave UK enthusiasts a first look at the Ghost, while Koenigsegg previewed the Gemera, a four-seat hypercar that’s described as the world’s first ‘mega GT’.

British biking start-up Langen used the event to show off its Two Stroke racer. An aficionados ride, this homage to cafe racers was given a chance to shine in the afternoon, when it was taken off the booth and onto the lawn, where we had a chance to hear it strut its stuff.

Bugatti’s Chiron Super Sport 300+ prototype also made its UK public debut, while Italian coachbuilder Ares Design unveiled no fewer than four hand-built vehicles. Its Bentley Mulsanne Coupé was joined by the Panther ProgettoUno and a pair of two-wheelers, the Café Racer and Scrambler.

Of course, Salon Privé isn’t just about wheels. Bell Helicopters made its debut at the show, via distributor HelixAv, inviting visitors to take a closer look at its best-selling 505. Bell rep Calum Hutchison told us that interest had been high. “It basically takes a year to get your license. They’re not that difficult to learn to fly.  And then you have the freedom to just take your friends for a helicopter ride…” he said. Freedom, it seems, is the operative word.

Rather predictably, the only shot of Team TLR at the event, taken by the official photographer, papped us not admiring the new Rolls Royce Ghost, rather supping samples on the Piston Gin stand. In our defence, this still counts as work, and the samples were delicious! The company (which has the best bottle tops in the business) was premiering some new flavours, which we’re sure will be a big hit come Christmas.

These included Strawberry and Hibiscus, and Douglas Fir,  Our favourite was probably the Black Forest flavoured Foret Noire, although to be fair we’d need to spend more time researching this to be sure *ahem*.

It was also good to see our chums from Node Audio present, bringing high-end audio to the automotive scene. Node Audio is known for its £30,000 Hylixa loudspeakers, but confided to TLR that it was working on a new range or two that would bring its high-end fidelity to a new range at a lower price point. £12,000 for a Node Audio system? It could happen, we reckon.

Elsewhere, offering a bit of retro gaming fun was The Creative Station, with its classic game emulator systems. Not only do they offer all your favourites, including Space Invaders, Donkey Kong and Galaga (amongst literally thousands of others), you can get Creative Stations with drinks bars built in!

Tickets for the Salon Privé Classic & Supercar day sold out in just seven minutes. More than 1,100 cars took part in a procession into the grounds, with models new and old on display from Aston Martin, Bentley, Ferrari, Jaguar, Lamborghini, Maserati, McLaren and Porsche.

The Salon Privé Club Trophy was awarded to a 1972 Lamborghini Miura SV bought brand new from the factory by rock icon (and model train enthusiast) Rod Stewart. It boasts air-con, blue leather interior and recording cassette deck, enabling Rod to practice tunes en-route to the studio. The car apparently gets a mention in his autobiography.

Final takeaway: The event was 45 per cent larger in physical size than last year, with some 93 entries in the Concours d’Elégance by AXA versus 61 last year.

Salon Privé returns to the lawns of Blenheim Palace in 2021, on its traditional dates of September 1-4. We can’t wait.