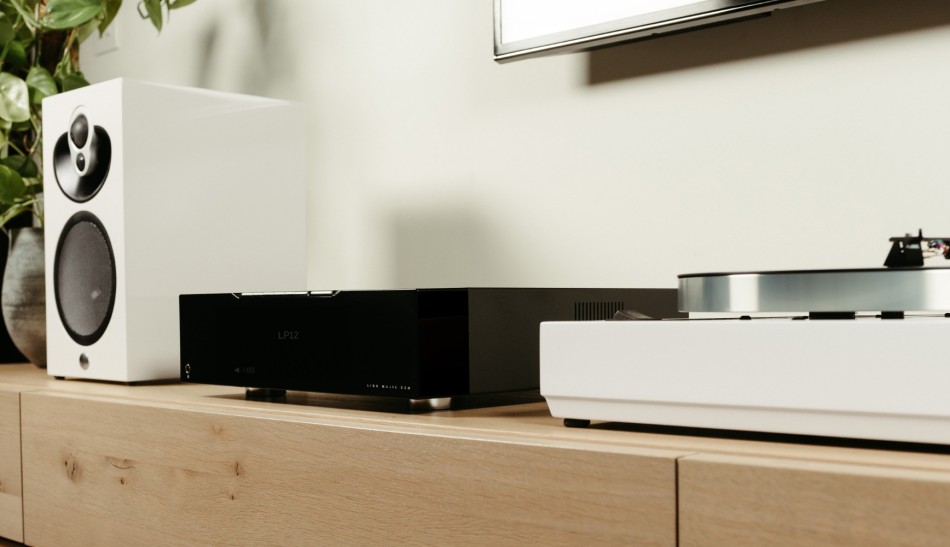 Designed for those who want high-end Hi-Fi performance without the fuss, the Majik DSM is an audiophile grade entertainment hub, able to cope with everything from TV boxes and games consoles, to streaming music and vinyl records.

Connections included four 4K-compatible HDMI inputs, one with ARC, a high-res audio USB, and a flexible analogue input which can be configured for either turntables or line level sources, such as CD players.

The phono stage uses a hybrid architecture derived from Linn’s reference Urika II phono stage, which combines digital and analogue processing for the most accurate vinyl reproduction.  There’s also a full-size headphone jack on the front panel with the integrated headphone amplifier. Wi-Fi is built-in.

The Majik DSM is an audiophile grade entertainment hub, able to cope with everything from TV boxes to vinyl records…

The slicker design features six customisable smart buttons, which can be assigned to any audio source. This could be a single album, digital radio station or connected turntable. There’s also a larger, clearer display.

In addition to the supplied remote control, the system can also be driven by Linn’s dedicated apps (Linn App and Kazoo).

The DAC is derived from Linn’s high-end Katalyst technology, while Class D power amplifiers boast lower noise and distortion. As with previous Majik DSM models, the system can be tuned to your listening room using  Linn’s proprietary Space Optimisation technology.

The Majik DSM streamer sells for £2,950. It can also be bought as part of a complete Majik System (with a Majik LP12 turntable and Majik speakers), for £7,650.

The DSM colour choice is black, while the Majik LP12 and Majik speakers come in a variety of wood finishes as standard. However buyers can customise their speakers and LP12 plinth with any high gloss colour finish.