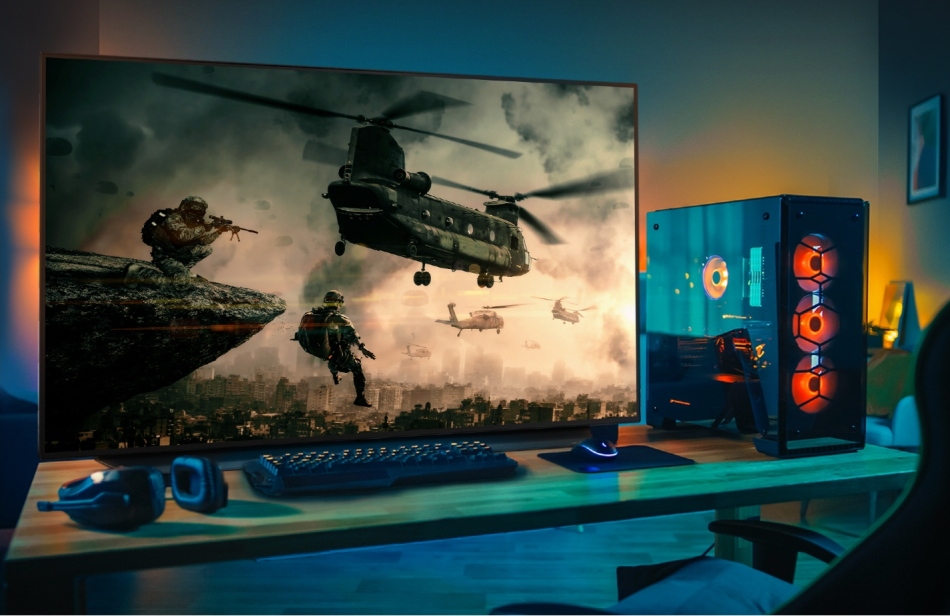 LG has launched its smallest ever OLED TV, the 48-inch CX. OLED has been widely hailed as the premium new 4k TV technology, but until now the smallest screen size has been 55-inches, and the direction of travel has been larger, up to 88-inches.

Those looking for a high quality display in a smaller screen format have had to look to LED LCD – until now. The introduction of a new screen size category for the technology will bring it to a much wider audience. The model sells for £1,499, so it comes with a price premium – but we think this diminutive OLED could have huge mainstream appeal.

In addition to high-end TV viewing, with Dolby Vision HDR, the 48CX is also being touted as a large screen gaming display, as it’s equipped with a raft of advanced features to appeal to high-end console and PC enthusiasts.

In addition to high-end TV viewing, with Dolby Vision HDR, the 48CX is also being touted as a large screen gaming display…

Other attractions include Dolby Atmos audio aided with LG’s deep learning-based AI Acoustic Tuning. Users can even connect two LG Bluetooth speakers for virtual 4.0 surround sound, you you opt not to use the set with a Dolby Atmos sound bar or system.

TLR was invited to preview the 48CX at this year’s CES in Las Vegas, and we could certainly see its appeal as a gaming display. The 4k screen, hooked up to a cutting edge PC, seemed to work brilliantly well as a near-field gaming display, with perfectly deep blacks and rich hues giving a far more immersive image than you’d normally get from a smaller dedicated gaming monitor.

The LG OLED 48CX will be available in the UK, key European and Asian markets this June, with North America and other countries to follow.